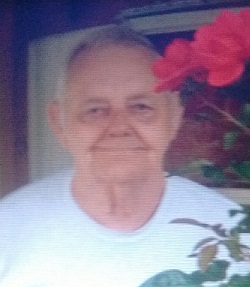 Elvis Edgar Albert, age 76, of Annapolis, passed away Friday, May 12, 2017, at the Poplar Bluff Regional Medical Center in Poplar Bluff, Mo. He was born Nov. 19, 1940 at Redford, Mo., the son of James Albert and Ethel (Brunk) Albert. He worked for many years as a logger and tree trimmer and was of the Baptist faith.
Preceding him in death are his parents, James and Ethel Albert, two sons, James Albert and Richard Glen Albert, many brothers and sisters and one grandchild, Morgun Layne Varner.
Survivors include his companion for many years, Marilyn Albert, of Piedmont; three children, Donna Faye Albert of Holts Summitt, Mo., Richard Edgar Albert of Ellington, Robert Albert, of Redford; six brothers, Bill Albert of Piedmont, Larry Albert of Annapolis, Elmer Jackson of Saskatchewan, Canada, Junior Albert of Jonesboro, Ark., Carson Dayley of Virginia, Andy Anderson of Virginia; four sisters, Nora Lee Morris of Ellington, Faye Jewell of Ellington, Annie Duncan of Florida, and Betty Ann Powell of Jefferson City, Mo.
Also surviving are three grandchildren and many other family and friends.
Funeral services were held on Tuesday, May 16, 2017, at the Church of the Nazarene in Annapolis with Pastor Howard Casteel officiating. Special recorded songs were played for the service. Interment was in the Morris Cemetery in Reynolds County under the direction of Morrison-Worley Funeral Chapel.