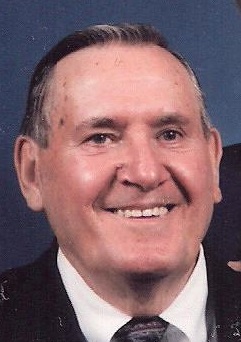 Mack Lawrence, age 86, passed away Thursday, May 11, 2017 at his home in Greenville, Mo. He was born March 1, 1931 at Canalou, Mo., (the first, brightest and best looking) twin son of Armstead and Rethia (McWaters) Lawrence.
He was married Jan. 4, 1955, to Doris (Frederick) in Malden, Mo. He was extremely fortunate to share his life with her for 55 years. Together they owned and operated Universal Tax Consultants in Piedmont for 37 years.
Preceding him in death is his beloved wife Doris, his parents, one brother, William Delbert “Debs” Lawrence and five sisters, Earnestine Brooks, Christine Little, Alfreda Gibson, Juanita Swinger and Imogene Smith.
His survivors include four children he claimed, raised and tolerated, Dennis Lawrence and his wife Carol, of Poplar Bluff, Mo., Karen Altemueller and her husband Jeff, of Marthasville, Mo., Lonnie Lawrence and his wife Jennifer, of McLean, Va., Ronnie Lawrence, of Wentzville, Mo., 11 grandchildren and two great grandchildren, as well as two brothers, Mike Lawrence (his twin), of Ft. Mohave, Ariz., and J.W. Lawrence, of Winfield, Mo.
He was a proud Korean War veteran, serving from 1950 – 1952 in the United States Army. He was a member of the American Legion Post #281 in Piedmont and the Apostolic Pentecostal Church in Puxico. Mack will be remembered for his commitment to the City of Greenville, the Greenville Bears, his friends and those in need. He was always loyal to his customers, quick witted, and would tease those he cared for the most. He will be very deeply missed by all those who knew and loved him.
Funeral services were held on Monday, May 15, 2017, at the Morrison-Worley Chapel in Greenville with Rev. Brenda Henson officiating. Special recorded songs were played for the service. Mack’s grandchildren, Sean Lawrence, Sam Lawrence, Mary Catherine Lawrence, Adam Lawrence, Ben Lawrence, Jacob Pond, Ryan Pond and Leann Pond, served as Pall Bearers. Military Honors were given at graveside by the US Army and the Piedmont American Legion Post #281 Honor Guard. Interment was in the State Veterans Cemetery in Bloomfield, Mo., under the direction of Morrison-Worley Funeral Chapel. Memorials have been requested to the St. Jude’s Children’s Hospital or the American Cancer Society.