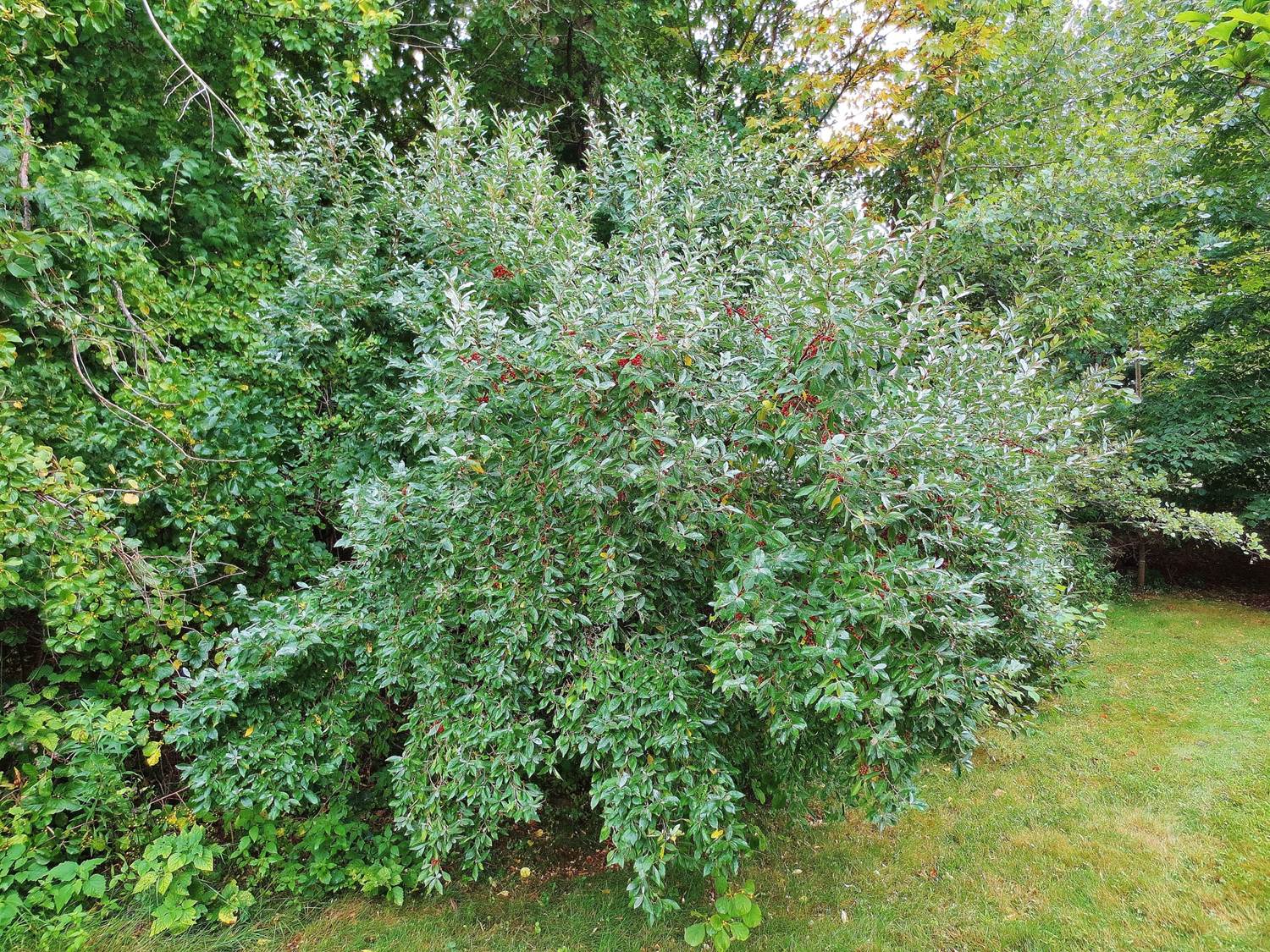 Autumn Olive bushes are located along McKenzie Creek in the Greenway in Piedmont. Autumn Olive has been identified to be an invasive species. The Missouri Department of Conservation will be removing the shrubs in the coming weeks.
Autumn olive is a deciduous shrub that can grow as tall as 20 feet. Its cream to pale yellow flowers bloom in early spring and bring on an abundance of pink to red berries dotted with scales. The leaves of the plant are elliptically shaped with a slightly wavy margin. It is distinguished from other similar shrubs by the silvery scales found on the lower leaf surface. Although beautiful and fragrant, autumn olive’s aggressive proliferation negatively affects natural areas throughout Indiana.
The autumn olive is a native plant of China, Japan and Korea that made its way to the United States in 1830. In the 1950s it was widely promoted as a great way to provide wildlife habitat and erosion control in environmentally disturbed areas. Although it did make available habitat and food for wildlife, it soon became a major problem as autumn olive began to rapidly spread throughout the state. To make matters worse, attempts to remove the shrub by cutting and/or burning created even more autumn olive.
THE PROBLEM WITH AUTUMN OLIVE
Autumn olive is an invasive species that out-competes and displaces native plants by creating a dense shade that hinders the growth of plants that need lots of sun. It can produce up to 200,000 seeds each year, and can spread over a variety of habitats as its nitrogen-fixing root nodules allows the plant to grow in even the most unfavorable soils. Not to mention that it reproduces quickly and with little effort at all.
Birds are quite attracted to the seeds, and will scatter them throughout pastures, along roadsides and near fences. Even attempting to remove autumn olive by cutting or burning from your property can cause unwanted spreading as the shrub germinates easily.