Born Dec. 28, 1943, in Saint Louis, Mo., to Mary (Ladd) Gayle and Roy Gayle, David Randal Gayle died on June 14, 2017, at his home in Piedmont, Mo., after a battle with cancer.  He is survived by his wife, Peggy (McGhee) Gayle; his brother, Richard (Kathie) Gayle; his daughter, Julie (Jim) Gronski; his son, Andy (Shelly) Gayle; his grandchildren, Darrian Gayle, Elizabeth Gronski, John Gronski, Drew Gayle, and Emily Gayle and many dear nieces and nephews.
David moved to Piedmont in 1946, at the age of 3 years old.  That same year, his parents opened Gayle Mercantile on Main Street in Piedmont.  David worked in the store with his parents and brother from the age of 8 until he went college.  There, he learned the value of hard work and caring for the community.
He began high school as a Piedmont Bobcat and graduated as a Clearwater Tiger in 1961.  He attended the University of Missouri, graduating in 1965 and was a proud alum his entire life.  Following college, he enrolled in the Kirksville College of Osteopathic Medicine, the founding school of osteopathic medicine, graduating in 1969.  He was equally proud to be a D.O.
After an internship in Fort Worth, Texas, he returned to his hometown and established a family practice clinic with his brother, Richard.  From 1970 until late last year, he cared for generations of area residents, practicing with both his brother and his son.  He cherished the relationships he had with his patients and enjoyed going to work every day.
David was an excellent cook and avid gardener.  He took pleasure in feeding friends and family for many years.  He valued knowledge and was a life-long learner and a natural teacher.  He enjoyed sports and outdoors and was always very proud of his little league baseball and high school basketball teams.  He was an animated story-teller and always had a good joke in his pocket.
He traveled to Florida and fell in love with the gulf coast.  He was fortunate to spend many winter months in the warm Florida sun where he made many friends.  As a 65-year-old, he took up tennis and found a new past time that he and Peggy enjoyed together.  He found a new home in Lexington, Ken., with Peggy and valued the many friends he found there.
He loved a brisk walk, a good book and a tough crossword and made all a part of his daily ritual.  He was a dog-lover and a Cardinals fan and he rooted for the Cardinals with almost as much fervor as he had in cheering on his grandkids.  He loved life, enjoyed it to the fullest and will be dearly missed by all who knew him.
Visitation was held at Trinity United Methodist Church, Piedmont, Missouri from 1:00 p.m. to 4:00 p.m., Saturday, June 17, 2017.  Memorial Service to followed 4:00 p.m. Bro. Denny Hovis and Pastor Don Hutto ministered to the family. Darren Garrison read the obituary.
The family requests donations to the Clearwater School Foundation at P.O. Box 154 Piedmont, Mo. 63957 or go to www.cfozarks.org in lieu of flowers. Online condolences can be made at www.rueggfuneralhomes.com. 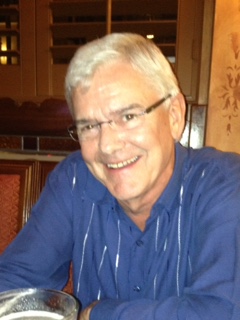