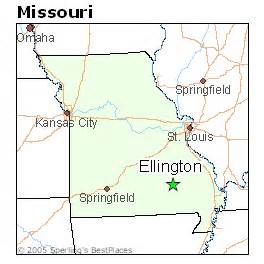 Three more businesses reopened over the weekend in Ellington– the Scenic Rivers Motel, the Ozark Hills convenience store, and the Orange Blossom Florist & Grill – leaving the Dollar General Store as the last major retail outlet in town to open its doors to customers.
In addition, Mayor Paul Wood reported his crew has filled all the major holes in the city streets with hot mix, and has spread extra blacktop on the major streets where needed. In addition, all water lines that were broken during the flood weekend have been repaired and the city water system has been back in use for several weeks.
“We are just doing what we can as we can,” Mayor Wood reported. “We are being cautious with the money until we find out what kind of financial help we will be getting.”
Ellington Ambulance Base
One area that has not come back to normal, and may not for some time to come is the ambulance base in Ellington.
When contacted by the paper, Reynolds County Ambulance Administrator J.D. Jagelovicz confirmed the information that the Ellington base has been out of use since March, 2017, due  a mold problem in the building.
A press release describing the problem went as follows: “The Reynolds County Ambulance District, the Board of Directors and the Administrator would like to inform Reynolds County residents of the reason for the temporary removal of our personnel from the Ellington Base.
“We have had several difficulties in regards to keeping a crew at this location due to a significant health issue for our employees.
“We were initially trying to resolve an issue of mold in the Ellington Base after it tested positive March 2016.
“Upon remediation and the attempt to reopen the Base, we have found we are still facing mold. We ask that the citizens of the county please understand it is Reynolds County Ambulance District’s goal to better serve our community, however we also value our employees health and safety.
“We are currently reviewing our lease and contract in hopes to take the appropriate actions needed to maintain a crew in Ellington.
“Please know the Ambulance District is currently addressing this complication to the best of our ability.”
In interviews with Jagelovicz and long-time Ellington Fire Chief Lynndel Barnes, each affirms the fact that mold was discovered in the ambulance base building, which was home base of the Ellington fire department for several decades before the new building was built on Second Street.
According to the two, remediation did, in fact, take place to remove the mold and its cause in March, 2016. The Ellington Fire Department still owns the building and ambulance parking bays, with the ambulance district leasing it at a nominal fee of $10 per year for five years. The contract will run out in the fall of 2017.
The cost of both the investigation and remediation of the building in March, 2016, was paid by the city fire department. The fire department, however, is not willing to take on the funding of another such effort at this time.
Barnes points out that the lease agreement placed the responsibility of both maintenance and upkeep – and insurance on the building – in the hands of the ambulance district.
Jagelovicz said the district is “giving it our best shot to find an answer to the problem.”
A half-cent sales tax which county voters approved last November is starting to come in, but it is much lower than expected in these early days.
“This problem cannot be remedied today or tomorrow,” Jagelovicz said, “but we are working on the best solution to get a truck back into Ellington.”