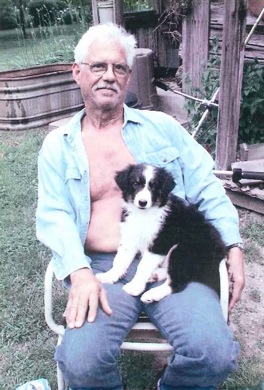 His spirit suddenly freed, Stephen W. Torlina, 72, of rural Piedmont, Missouri passed away at his beloved country residence on May 16, 2017. He was born Nov. 23, 1944, in St. Louis, Mo., to Willard and Shirley (Hentschell) Torlina. In addition to his parents, Steve was preceded in death by a sister, Maurie Marcee.

He is survived by his wife of twenty-five years, Martha (Summers) Torlina, a son, Marc Torlina of St. Louis; two daughters, Christine and her husband Gary Schimmelpfenig of Cedar Hill, Mo., and Stephanie Torlina of N.C.; a brother, David Torlina and his wife Lois of Taylors, S.C.; a sister, Mary and her husband Pat Karney of Green Cove Springs, Fla.; a grandson Rio Schimmelpfenig; an uncle, Donald Torlina of St. Charles, Mo.; and many nieces, nephews, great-nieces and great-nephews.

As a musician, he started his professional career as a teenager playing in rock garage bands. He was well-respected, very influential, and an inspiration to many musicians in the St. Louis area, and touched many lives along the way.

Steve was a member of the St. Louis Carpenters Union and worked there as an acoustical ceiling master for almost 50 years before moving to this area. He contributed his expertise to many projects and buildings in southeast Missouri. He enjoyed fishing, mowing, and spending time with his dogs outdoors. He was a voracious reader, took great pleasure in listening to music, and in playing his guitar and other instruments.

A Celebration of Life for Steve is planned for July 8, 2017, at Trinity United Methodist Church at 2 p.m. Rev. Michael Woods and Rev. Tadd Kruithoff will minister to the family. Online condolences can be made at www.rueggfuneralhomes.com