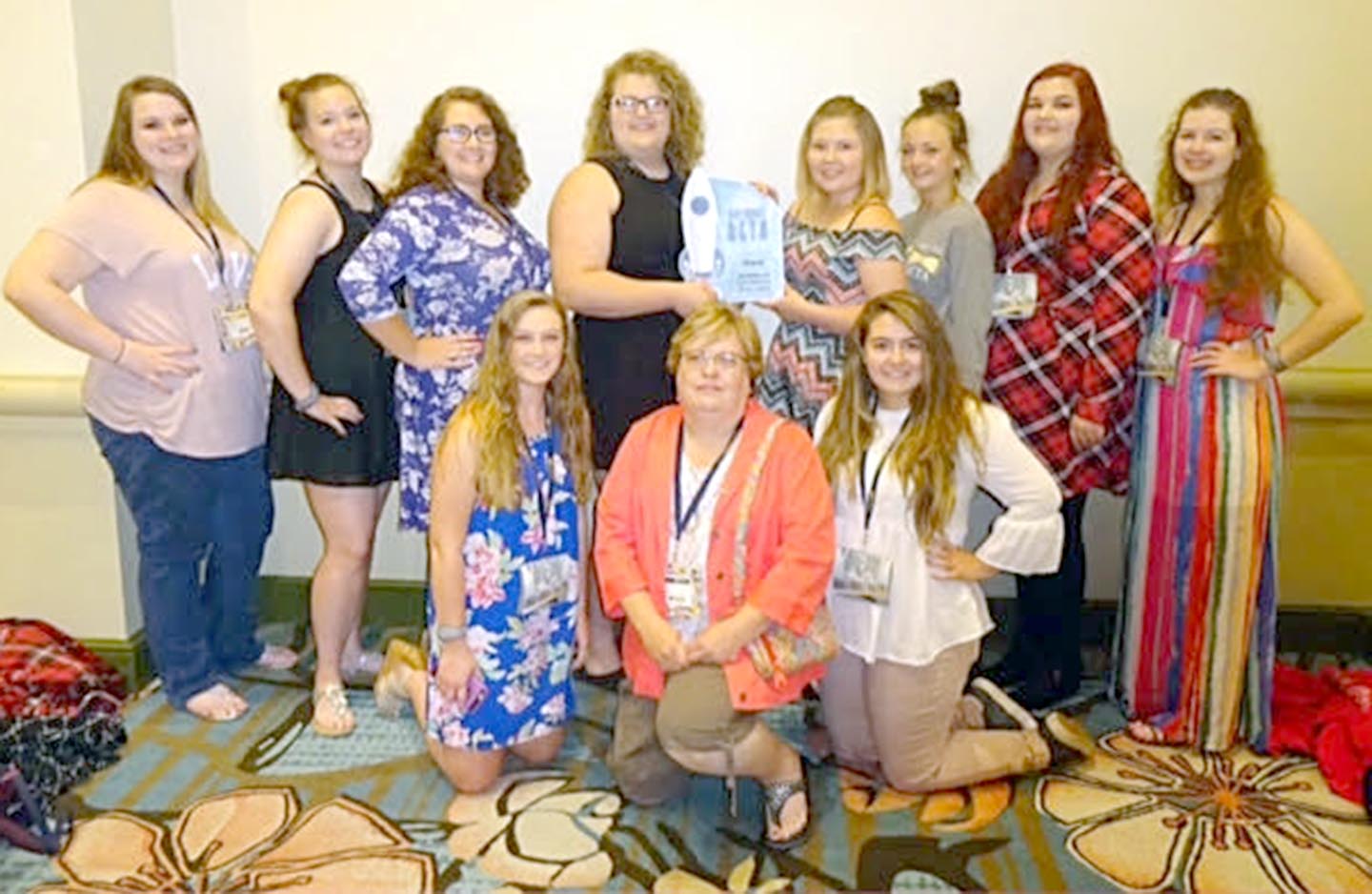 The Ellington Senior Beta Club Scrapbook team of 10 members and overseen by Mrs. Becky Foster won the state championship at the Missouri State Convention held in March at Branson. The team won first place with a perfect score. The win qualified the team to compete against 42 scrapbooks fromother states at the National Convention, held at Walt Disney World Resorts in Orlando, Fla., during the last week in June where they received first place and the honor of being named the 2016-17 National Beta Club Scrapbook Champions. The scrapbook team has qualified to compete at Nationals for the last eight consecutive years, placing in the top five many times– but this is the first time they have taken first place and been named National Champions. Also competing at the national competition were Cooper Redlich at the Junior Beta Convention in Black and White Photography. He placed second at the state convention toqualify. Alyssa Stewart also qualified to compete in Mixed-Media Art by placing second at the Missouri Senior Beta Convention. Adult supervisors on the trip were: Katie Neece and Becky Foster; bus drivers Suzette Smith and Carmen Rains; and chaperones Dr. Mike Redlich and Kim Redlich. The Beta members and adults were able to enjoy the Disney Parks during a couple of afternoons of free time.