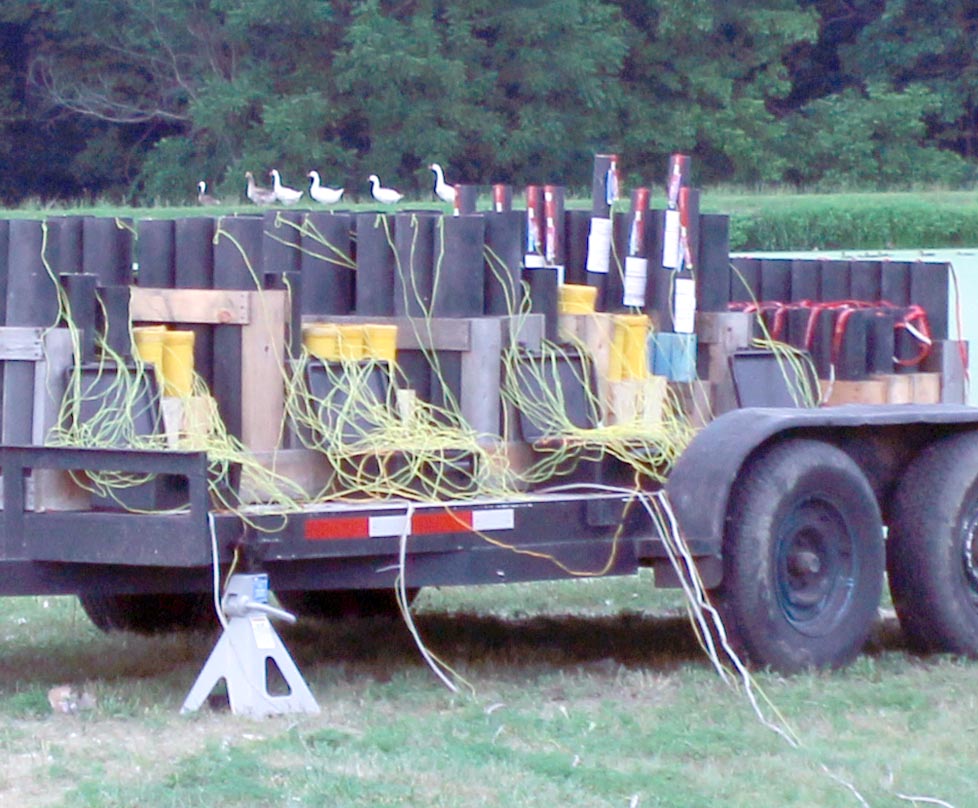 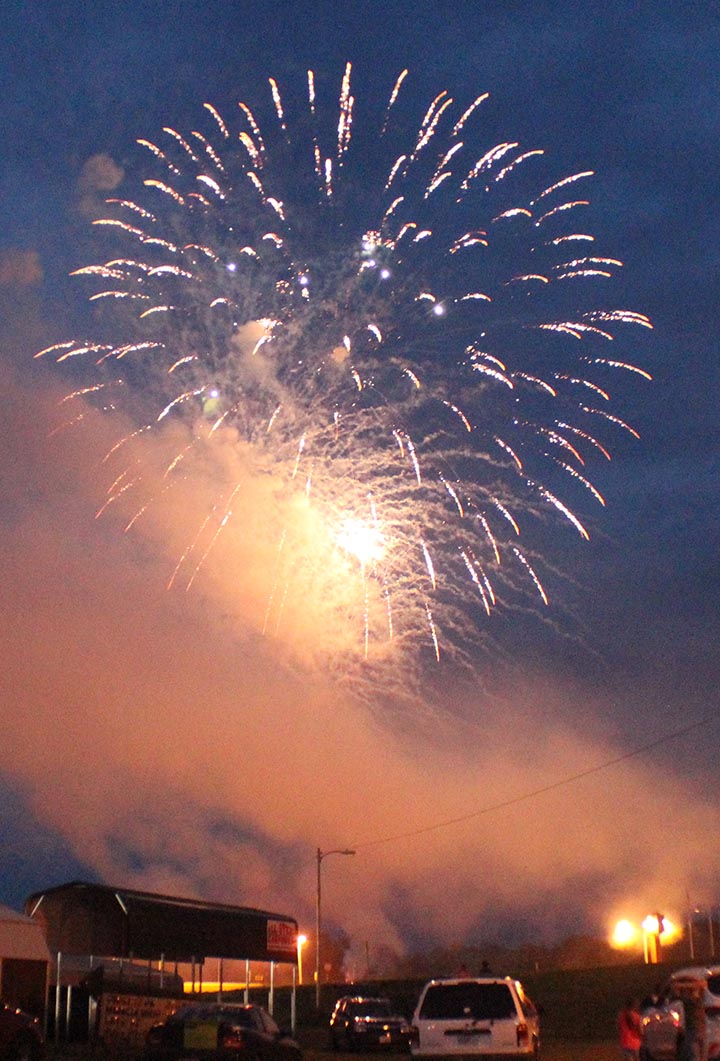 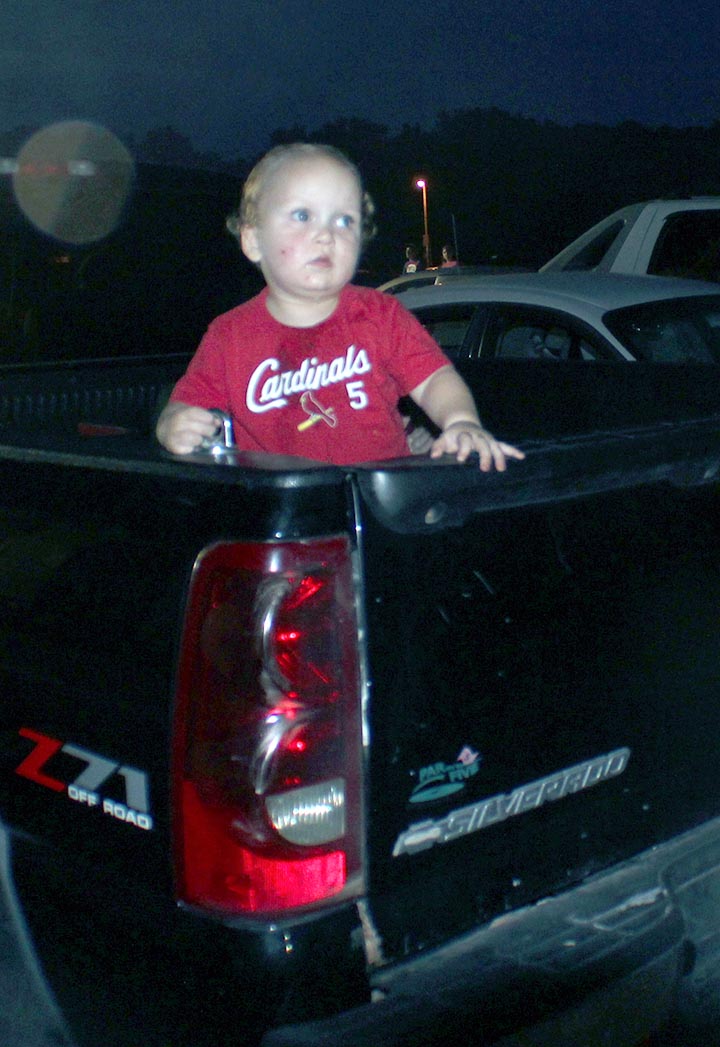 TWO-YEAR-OLD Ezekiel (above) was totally unsure as to whether or not he could enjoy the booming sound of commercial fireworks over Ellington Tuesday night, July 4. After several of the high-powered fireworks, he was still unsure – though his four-month-old brother appeared to enjoy the fireworks. The fireworks show included more than 200 bright explosions, though the new computerized firing process prompted some persons to note that they may not have lasted as long to fire as in previous years. Firing overseer Kent Barnes said next year the crew would probably establish a somewhat longer firing time for each explosion to stretch the event a few minutes longer. Another new element of the evening of fireworks was Steve Stoops and his music before and after the pyrotechnic display. The geese in the top picture are not actually walking atop the fireworks trailer and its cargo, but rather are walking along the bank of the lagoon on the farther side. They probably still found a different place to spend the night after the display.