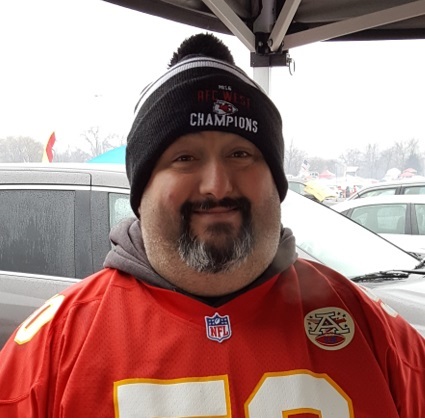 Zach was a veteran of the US Marine Corp., entering April 26, 1993, and being honorably discharged as a Lance Corporal March 6, 1996. He was a senior network engineer for Meridian Enterprises in Hazelwood. He had lived in Wentzville for many years and was a die hard Kansas City Chiefs fan.

He was married to Lisa Henson Dec. 23, 1995, at Lebanon Baptist Church near Piedmont and she survives, residing in Wentzville.

Also surviving are his mother, Sheila Jerome, of Piedmont, his cats, who he treated like his own children, Sam, Max, Ozzie and Shiloh, his father, Daniel Johnson, of Des Arc, and many aunts, uncles, cousins and other family and friends.

Funeral services were held on Saturday, July 15, 2017, at the Morrison-Worley Chapel in Piedmont with Bro. Richard Sanders officiating. Aaron Eversoll gave a tribute and special recorded songs were played for the service. Jack Martin, Grady Martin, Mason Martin, Josh Rainwater, Ryan Rainwater, Brandon Washington, Fred Murray, Aaron Eversoll and Joe Whellehon served as Pall Bearers. Graveside honors were provided by the US Marine Corp and the Poplar Bluff VFW Post. Interment was in the Masonic Cemetery under the direction of Morrison-Worley Funeral Chapel.

Memorials have been requested to the Wounded Warriors Project of the Piedmont Paws Animal Rescue.