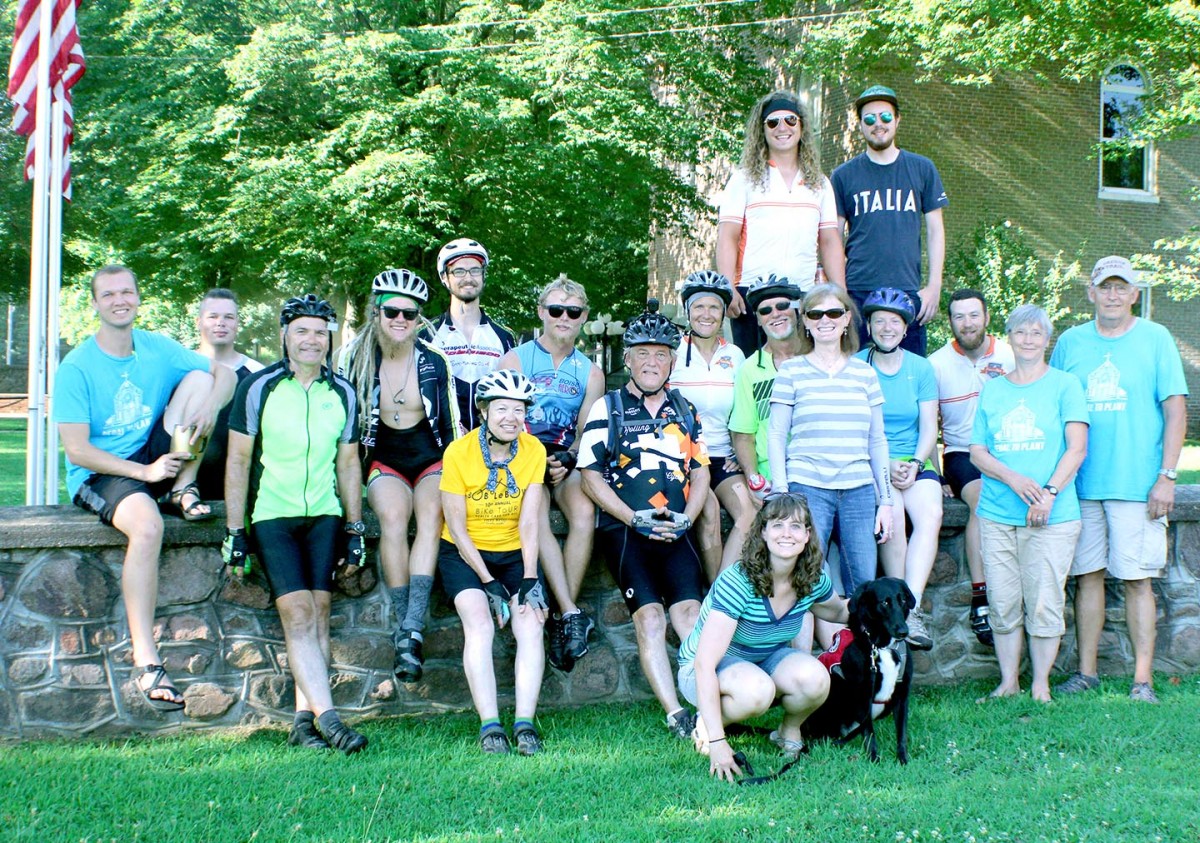 SEVENTEEN MEMBERS of a biking team representing the Nazarene Church pose in front of the Reynolds County Courthouse Saturday morning, July 22. The group is crossing the country this summer on a fundrasing tour for missions and stopped over in Redford Friday evening, July 21. The cyclists spent the night at the Redford Church of the Nazarene after a hearty supper pre­pared by members of the church. Early the next morning the group had breakfast before ‘hitting the road’ for Farmington, where they spent the weekend in services. The 11 bicyclists and a six-person support team are following the TransAmerica Trail between Oregon and Virginia, a trip of 4,262 miles.

Made up almost entirely of young people from the Northwest states, the cyclists made the trip from Houston, Mo., through Eminence and into Ellington all in one day – a day which just hap­pened to reach 104 degrees on the thermometer in Redford that afternoon. The Eminence-to-El­lington ride has been identified by previous cross-country riders as the most difficult day of their tour, rating the climb out of the Current River valley on Hwy. 106 as being worse than any of the climbs they experience while crossing the Rockies in which they crossed the Continental Divide five times.

The Nazarene team left Oregon on Memorial Day, May 30, and expect to finish in Virginia on Aug. 12. By that time, they will have traveled through all or parts of Oregon, Idaho, Montana, Wyoming, Colorado, Kansas, Missouri, Illinois, Kentucky and Virginia. Team members are from Washington, Ohio, California, Idaho, Alaska, Montana, and Minnesota.