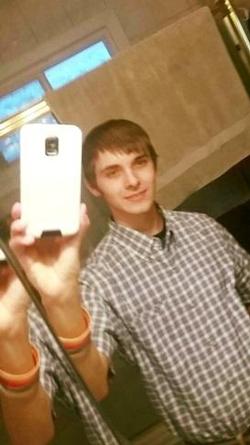 Dawson attended the Free Spirit Baptist Church in Vulcan. He en­joyed riding four wheelers, going swimming, working on his car and taking care of his animals. More than anything Dawson enjoyed spending time with his family and friends.

Dawson is survived by his father, Michael Danback and com­panion, Deanna Hammett of Richwoods; his mother, Michelle DeClue and companion, Bill Trokey of Annapolis; his grand­mother, Irma DeClue of Annapolis; two brothers, Justin DeClue and companion, Lydia Handy of Fenton, Ethan Danback of Rich­woods; one sister, Allison Danback of Richwoods; step-brother, Austin DeClue of Potosi; and step-sister, Erica Reimund of Bu­ford. Dawson will be deeply missed by a host family and many friends who will mourn his passing.

Arrangements were under the direction of McSpadden Funeral Home in Lesterville.

The family has requested that memorial contributions be made to McSpadden Funeral Home for funeral expenses.