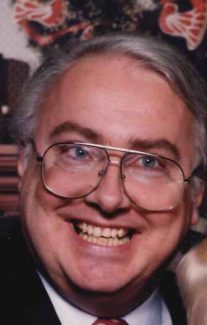 William L. Johnson was born in Ironton on Nov. 21, 1951, a son to Patricia (Matthews) and John A. Johnson, Sr. He passed away Aug. 2, 2017, at Mercy Hospital – Jefferson in Crystal City at the age of 65.
He is survived by his wife, Sandra (Witzke) Johnson, De Soto. Bill and Sandy were married on May 31, 1975, at Redeemer Lutheran Church in De Soto.
Also surviving is one son: Will Johnson, De Soto; one granddaughter; one sister: Mary (John) Spindler, Rockford, Ill.; four brothers: John A. (Lucy) Johnson, Jr., Branson, Jim (Judy) Johnson, St. Louis, Bob (Adelle) Johnson, Ellington, and Tom Johnson, St. Charles.
Formerly of Ellington, Bill taught at South Reynolds County R-II and De Soto Public School Districts before obtaining his Law Degree. He had a private Law Practice in De Soto, was a member of Redeemer Lutheran Church, the Missouri Bar Association, and past president of the De Soto Rotary Club.
A memorial service was held Monday, Aug. 7, at the Redeemer Lutheran Church at 1620 Boyd Street, De Soto. As an expression of sympathy memorial donations may be made to the Redeemer Lutheran Church.
Arrangements were under the direction of the Dietrich-Mothershead Funeral Home: www.dietrichfuneralhome.com.