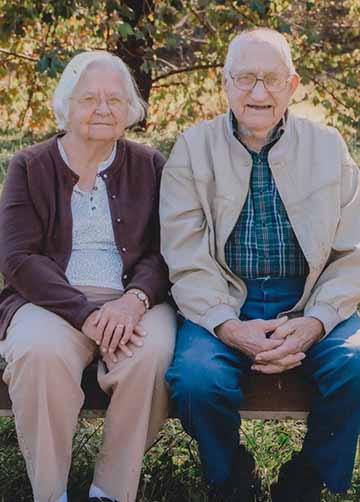 On June 22, 1946, George was united in marriage to Bet­ty Morris in Piggott, Ark.; to this union four children were born.

George attended the Lower Doe Run Missionary Baptist Church where he was a Dea­con since Feb. 6, 1993. George worked as a hog and cattle farmer and he previously served as the Reynolds County Southern Dis­trict Commissioner. He loved his family, the lime hauling busi­ness, mowing lawns, gardening and singing.

George is survived by his wife, Betty of Ellington; one son, George “Bill” William (Debra) Rayfield of Ellington; three daughters, Wilma (Mark) Maddox of Macon, Wanda (Hadley) Grimm of Macon, Roberta (Charles) Cox of Rolla; fifteen grand­children and twenty-four great grandchildren; as well as many other relatives and friends that will mourn his passing.