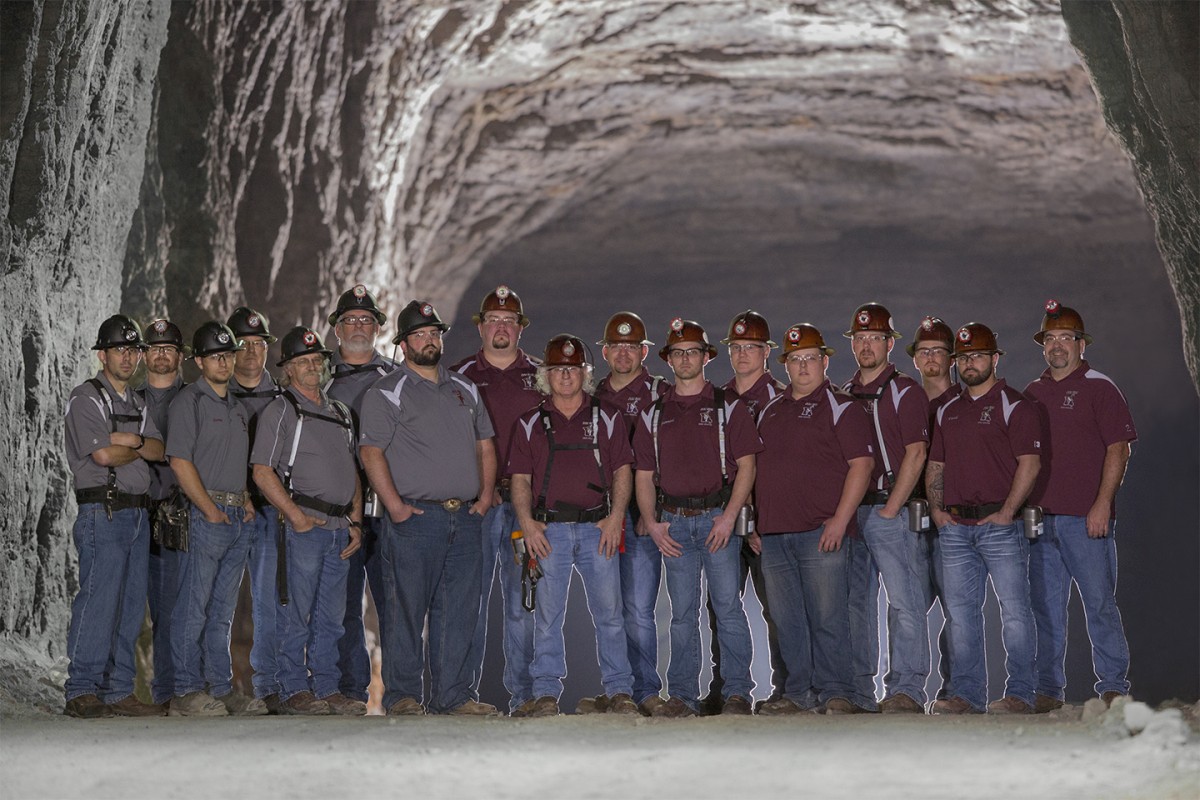 The Gray Team won the over­all championship at the Northern Regional Mine Rescue Contest. The event consisted of various competitions that tested eight mine rescue teams’ abilities to handle emergency situations un­derground.

“We’re proud to be among some of the best mine rescue teams in the country,” said Wayne Marlin, captain of the Gray Team. “There is a lot of history and ex­perience on the team, as well as a desire to teach others. Some of us have been doing this for 25 years, and we continue to add new team members to share the knowledge and experience of our team.”

The team finished in second place in the field competition, which measures how well team members adhere to mine rescue procedures during a simulated mine emergency.

Doe Run’s mine rescue teams participate in voluntary training for at least eight hours per month and compete in mine rescue com­petitions annually. The teams consistently place near the top at regional and national mine rescue competitions, and have success­fully applied these skills in real emergencies.

Doe Run mine rescuers An­drew Hampton, Randy Hill, Wayne Marlin and Steve Setzer, along with former members Brad Beck and Shawn Pratt, received a Certificate of Honor from Wash­ington D.C. at the Joseph A. Holmes Safety Association an­nual meeting for their exceptional work during a real emergency that occurred in 2010. After a truck fire broke out in the No. 29 Mine, Doe Run evacuated work­ers and activated its skilled mine rescue teams, who handled the situation.

“Mine rescue competitions and practice challenges are excellent predictors of success in the field, but acting successfully in real situations is the ultimate test,” said Steve Batts, vice president – Southeast Missouri operations at Doe Run. “We thank our mine rescuers for their dedication to safety underground.”