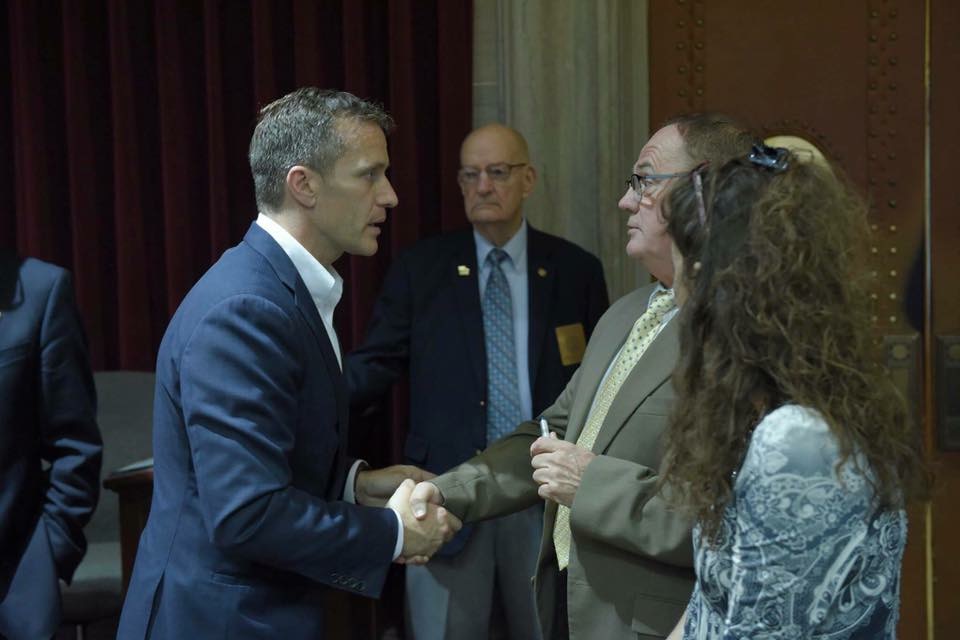 JEFFERSON CITY, MORepresentative Paul Fitzwater (R-Potosi) an­nounced Wednesday that he would be stepping down from his seat in the Mis­souri House to accept an appointment from Gover­nor Greitens to the state Board of Probation and Pa­role.

Elected in 2010, Fitzwa­ter would have entered into his last year in the legisla­ture come January due to state term limits. The Mis­souri Board of Probation and Parole is responsible for determining whether a person confined in the Department of Corrections shall be paroled or condi­tionally released and for supervising all persons on probation and parole.

“Representing the people of my district has truly been an honor and I will miss the opportunity to work with so many great state and local leaders on a daily basis,” Fitzwater said. “I appreciate Gov­ernor Greitens providing me with an opportunity to continue my service to the state of Missouri.

During his tenure in the House, Fitzwater served as the Chairman of the Cor­rections and Public Insti­tution Committee, which oversees issues relating to adult and juvenile penal and correctional problems, the administration of correctional institutions, and the state penitentiary.

Representative Fitzwater holds a bachelor’s degree in education from Tarkio College, and is a retired teacher and track and field coach from Potosi R-3 Schools.

“We are excited to have Paul join the Board of Pro­bation and Parole, and for the experience he brings as Chairman of the Correc­tions and Public Institution Committee. While he will be missed in the legisla­ture, I know he will serve our state with great integ­rity,” said Governor Greit­ens.

Fitzwater will become the first member of the Missouri House to receive an appointment under Gov­ernor Greitens.

Fitzwater stated that his office would continue to be open to assist with constituent issues that can now be addressed to his Legis­lative Assistant, Chris Din­kins of Annapolis, by email at Christina.Dinkins@ house.mo.gov or by phone at 573-751-2112.