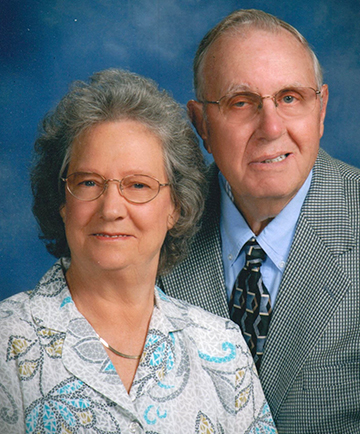 Shirley Irene Roberts, daughter of the late Lucy (Lambourne) Yager and Charles Yager, was born in St. Louis on Oct. 14, 1939.

At an early age Shirley moved to the Rocky Creek community, be­tween Rocky Falls and the Shut-Ins. She passed away at her residence in Ellington, on Sept. 23, 2017, at the age of 77.

On Oct. 15, 1955, in Eminence, Shirley was united in marriage to Jackie Roberts and to this loving union four sons were born. He pre­ceded her in death on Nov. 23, 2016. Shirley was a member of the Ellington First Baptist Church. Shirley’s hobbies included taking care of family, reading, and working cross word puzzles, gardening and spending time on Current River. Shirley was famous for her amazing peach cobbler. Her greatest joy was spending time with her children, grandchildren and great-grandchildren.

Memorial contributions may be made to St. Jude’s Children’s Re­search Hospital.