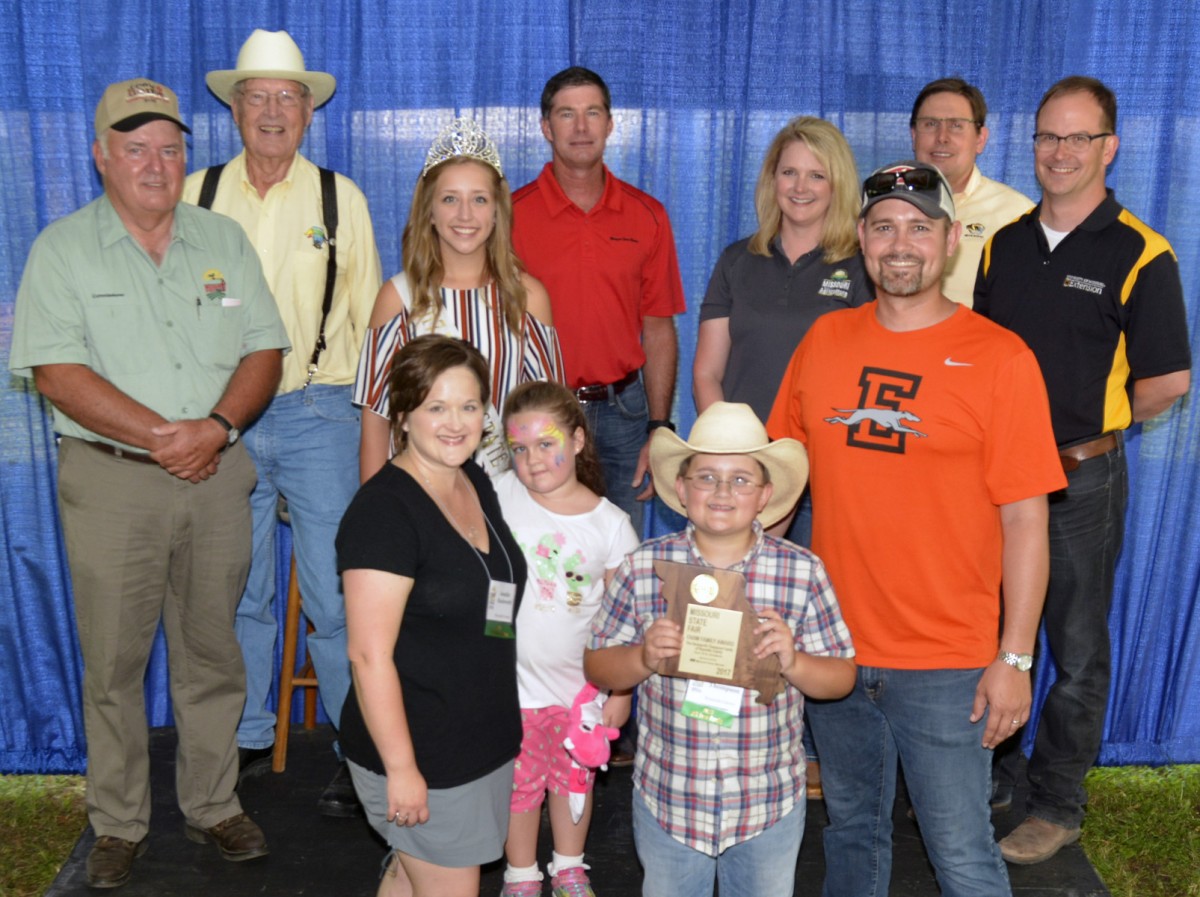 ELLINGTON, Mo. – Judge Ben Thompson and Jennifer Hackworth-Thomp­son and family of Ellington were among the families honored during the 59th annual Missouri Farm fam­ily Day, August 14th, at the Missouri State Fair.

The family includes Dwayne and Sandra Hack­worth, Michael and Terri Hackworth, their children, Tyler and Gretchen, and Ben and Jennifer Thompson, with their children, Isaac and Madelyn.

Each year, the fair sets aside a day to recognize farm families from across the state who are active in their communities, involved in agriculture and/or partici­pate in local outreach and extension programs such as 4H or FFA.

Dwayne Hackworth and the Hackworth/Thompson Family operate Hackworth Land and Cattle Co., a com­mercial Angus cow-calf op­eration in Reynolds, Wayne and Carter Counties. Judge Thompson is a former mem­ber of the University of Mis­souri Extension Council for Reynolds County.

One hundred twelve of Missouri’s 114 counties were represented this year, with two counties still deal­ing with the aftermath of the recent flooding in southern Missouri.

The event showcases the impact of Missouri Farm Families have on the econo­my and heritage of the State.

“These families are in­volved in agriculture activi­ties in their communities, and are active participants in local outreach and exten­sion,” said Missouri State Fair Director Mark Wolfe.

“As the showcase for Mis­souri agriculture, the Mis­souri State Fair is most cer­tainly the appropriate place to celebrate these families.”