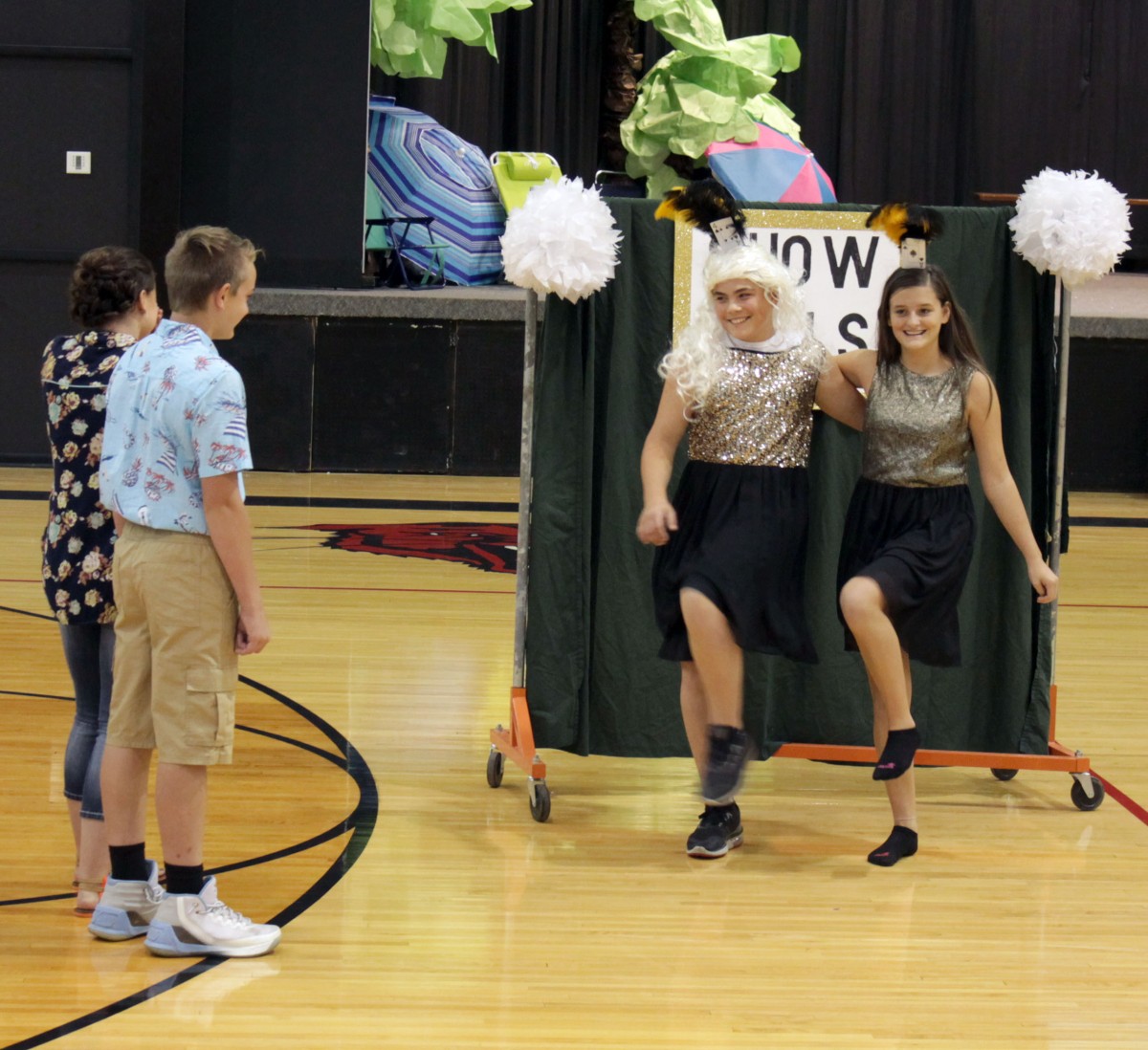 THE FRESHMEN CLASS put on a hilarious Vegas theme skit in support of their fellow classmates and Fall Festival candidates. They started their skit with a tribute speech to those who were killed or injured in the Las Vegas shooting only a few weeks ago. Pictured are candidates Brittney Webb & Bryce Maize enjoying some entertainment from their fellow classmates. 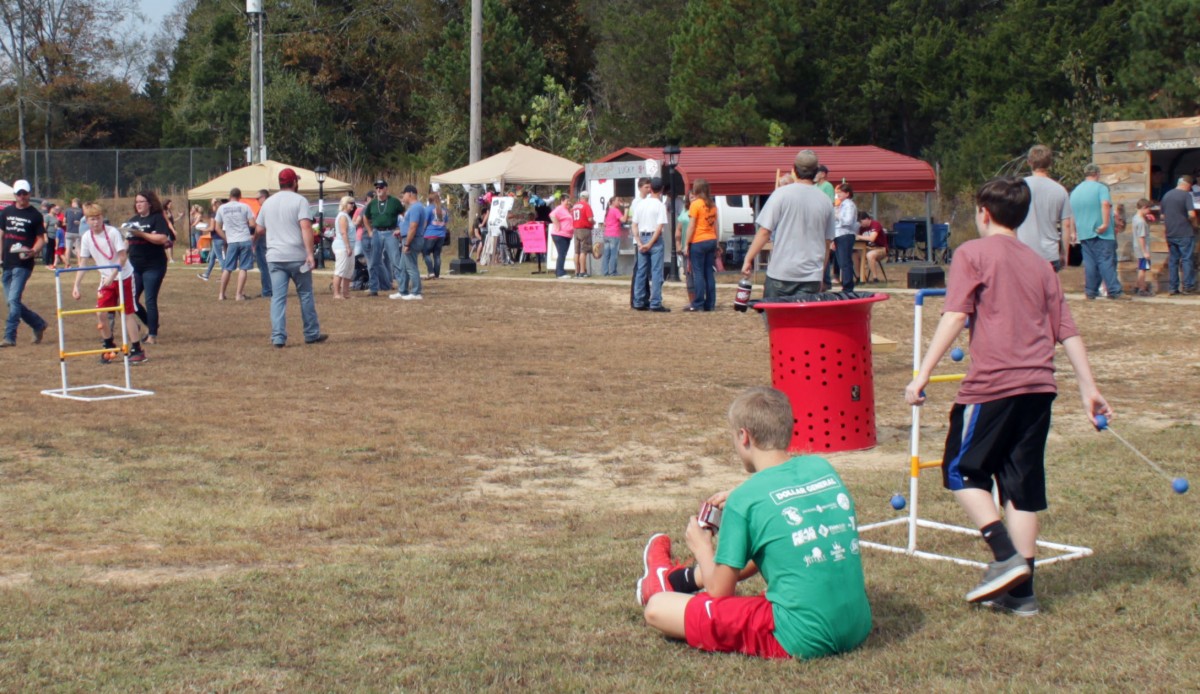 An intense game of hillbilly golf took place in the middle of Fall Festival as teams competed for victory. 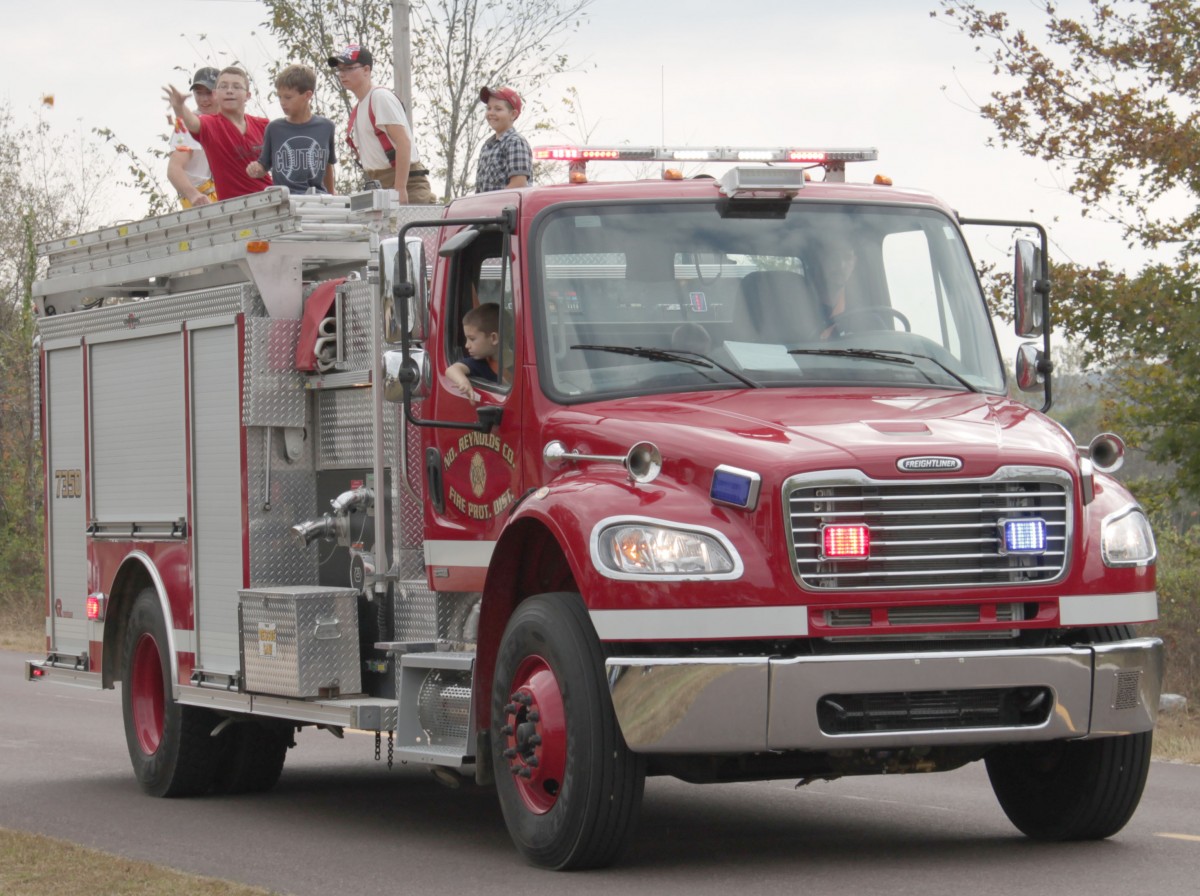 Students throw handfuls of candy to parade spectators whilst riding atop a firetruck. 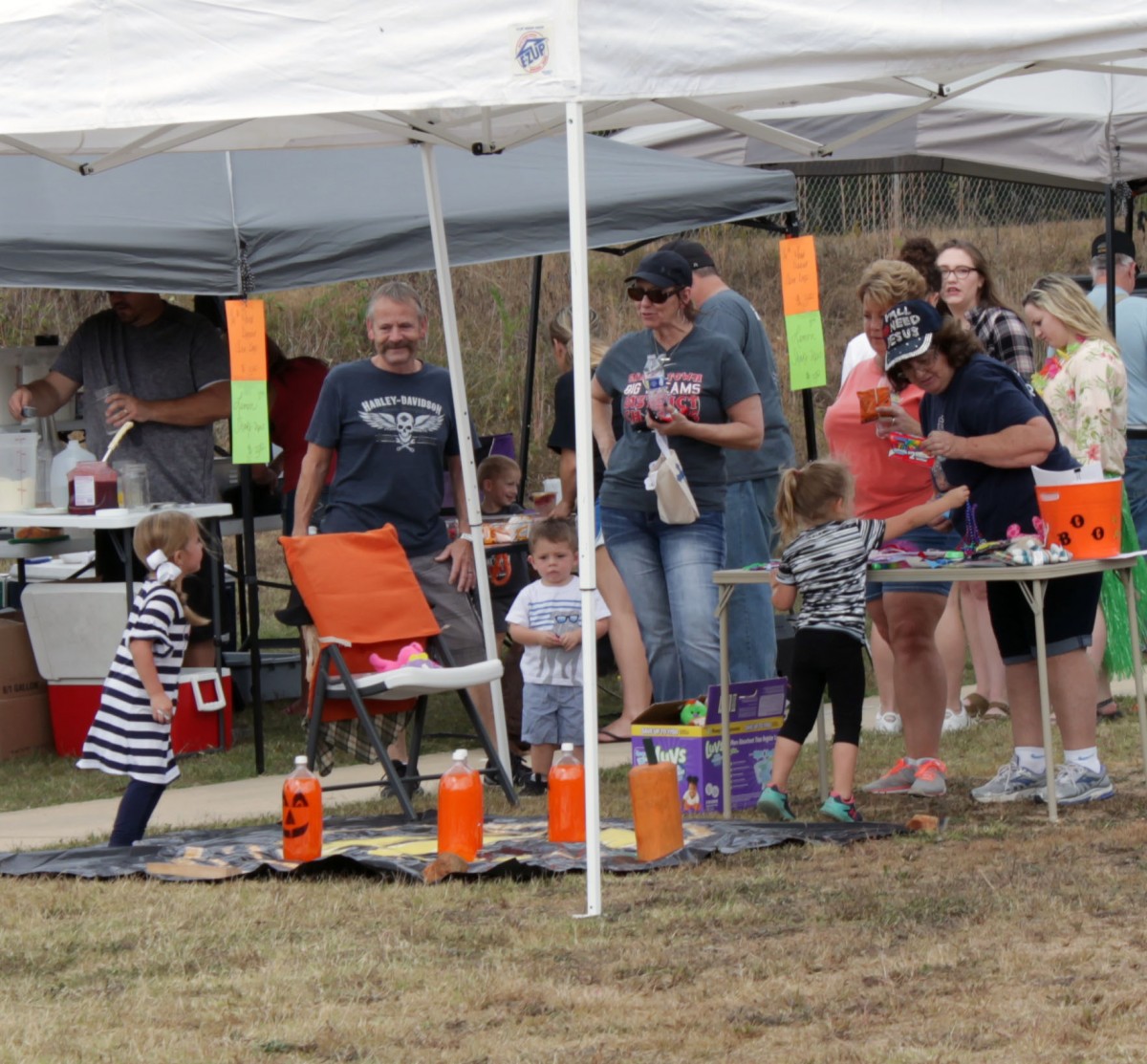 Kids of all ages enjoyed playing all the different games the festival had to offer, like pumpkin ring toss. 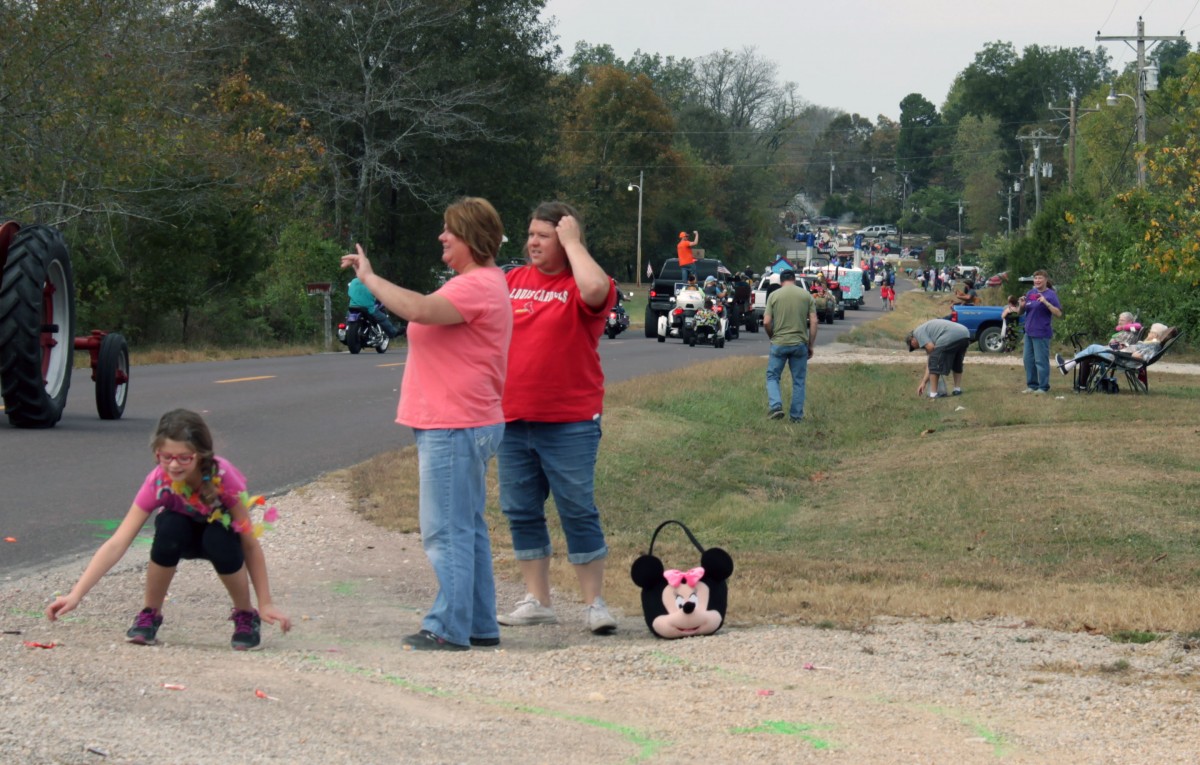 The parade was a smash hit with people of all ages. Each float was carefully built and decorated and candy sprinkled the ground for a short moment before being scooped up. 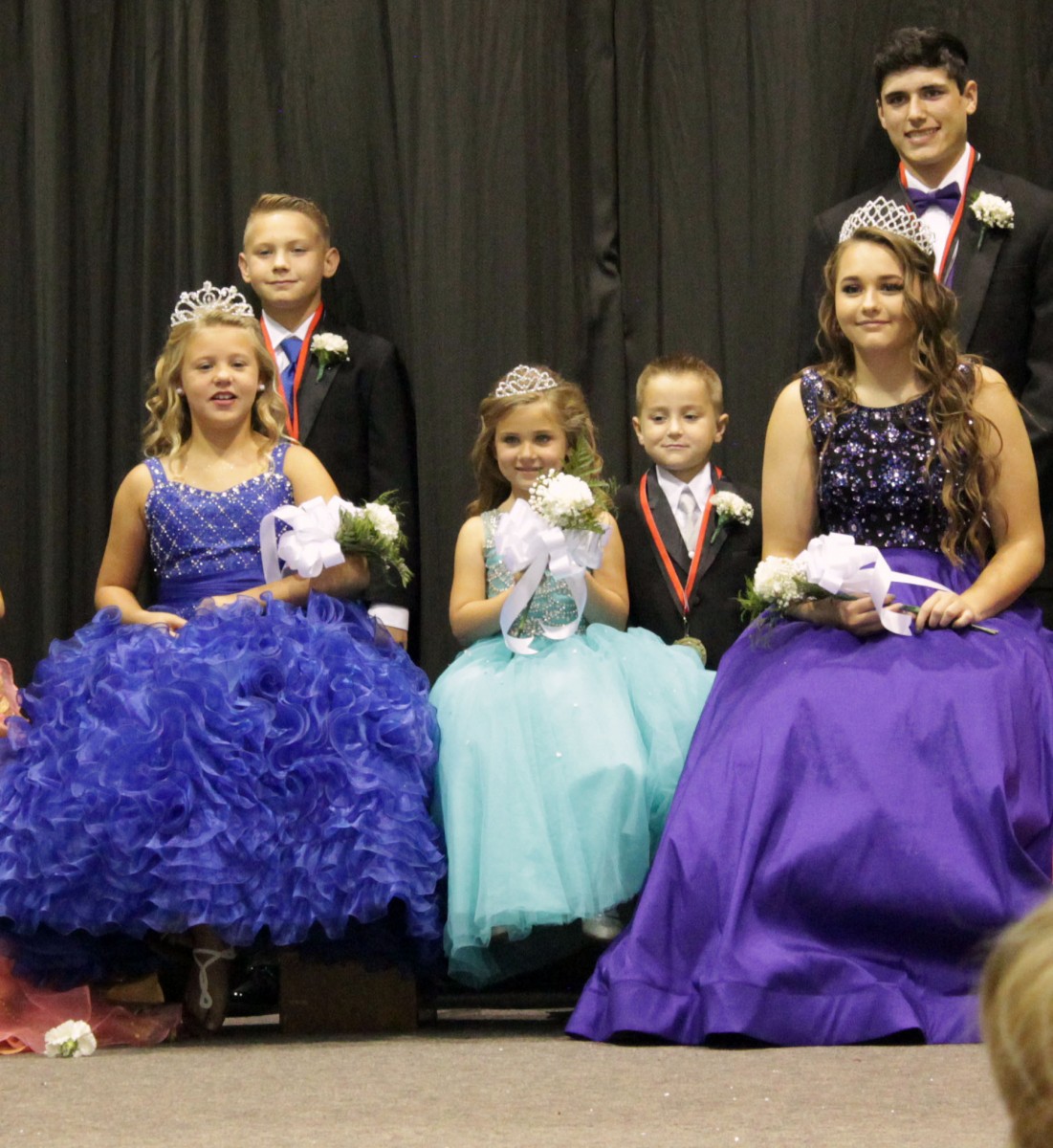