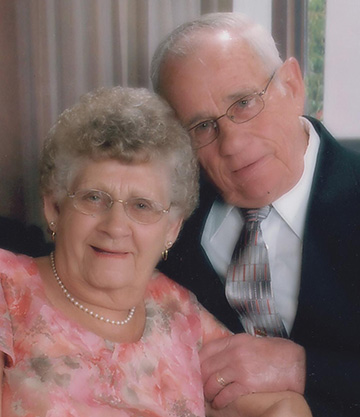 On Sept. 6, 1952, in Oates, Lloyd was united in marriage to the love of his life, Glenda Mae Mathes and to this union five children were born. Lloyd ac­cepted Christ as his savior and he was a member of the Locust Grove United Baptist Church. He retired from Cominco Mines after working there for 25 years. Lloyd truly enjoyed hunting, fishing, and camping, traveling, and spending time with his family. Lloyd loved to fix everything.

Lloyd was preceded in death by his parents; one son, Drexel; and grandson, Brandon; his sisters, Marcella, Erma, and Betty; and his brother, Harmon.

Lloyd is survived by his loving wife of 65 years, Glenda Mae of Farmington; four children, Darwin (Sandy) Camden of Park Hills; Regina Jackson and Sheila Camden of Scott City; Randy (Sandy) Camden of Farmington; six grandchildren, Dana, Heath, Shawn (Rochelle), Logan, Kylie and Talon; and four great-grand­children, Tyson, Jade, Rowan and Korbin. He is also survived by his brothers, Perry Camden of Webb Creek; and Bobby (Sarah) Camden of Park Hills. Lloyd will be deeply missed by a host relatives and many friends who will mourn his passing.

Arrangements were under the direction of McSpadden Funeral Home in Lesterville.

Memorial contributions may be made to Locust Grove United Baptist Church.