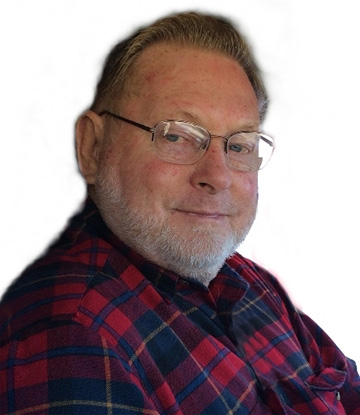 Doyle C. Crosby was born in Garwood on Aug. 27, 1944, to the proud parents of William Floyd Crosby and Minnie (Johnson) Crosby and departed this life on Nov. 10, 2017, at Missouri Baptist Medical Center in Saint Louis. He had attained the age of seventy-three years, two months and four­teen days.

Doyle had resided in Garwood throughout his life. He was of the Baptist faith. He was a self-employed Timber worker, who started working in the logging industry as a child. He enjoyed being outdoors, and hunting in Wyoming. When he was younger, he liked to Drag Race and race four wheelers. Doyle was a hardworking, fun loving person with a great sense of humor, who loved to joke with people. He loved his family and was always willing to provide for his family first and do without himself. He loved his children and grandchildren.

On May 29, 1965, he was united in marriage to Bonnie Mc­Gauhey in Ellington, to this union four daughters were born.

A visitation was held Tuesday, Nov. 14, 2017, at the Yount Memorial General Baptist Church in Garwood; and the funeral service was held on Wednesday, Nov. 15, 2017, in the Church Chapel. Rev. Jerry Crowley will officiated. Burial was in Yount Memorial Cemetery.

Online condolences may be made at www.mcspaddenfh.com.