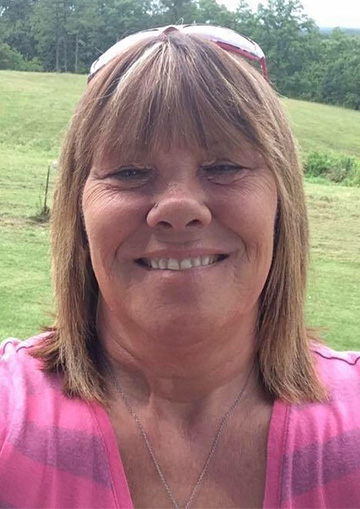 Lisa Victoria Houston, daughter of the late Frances Elizabeth (Rich­ter) Akins and Gerald Wayne Akins, was born in St. Louis on June 16, 1961. She departed this life at her residence in Bunker on Nov. 19, 2017, at the age of 56.

On Oct. 4, 1980, in Bunker, Lisa was united in marriage to Jack Houston. Lisa was a member of the Crossville Baptist Church. She loved spending time with her family especially her grandchildren.

Lisa is survived by her husband, Jack Houston; three sons, B.J. Houston, Brandon Houston (companion Terri Carter) and Joshua Houston all of Bunker; one daughter, Barb (Doyle) Gordon of Bun­ker; seven grandchildren; her step-mother, Patricia Akins of Sa­lem; one brother, Lynn Richter of Salem; four sisters, Laura Akins of St. James, Lana Akins of Salem, Sarah (David) Hill of Bunker and Cheryl Akins of Springfield. Lisa will be deeply missed by a host of relatives and many friends who will mourn her passing.

Memorial contributions may be made to McSpadden Funeral Home for funeral expenses.