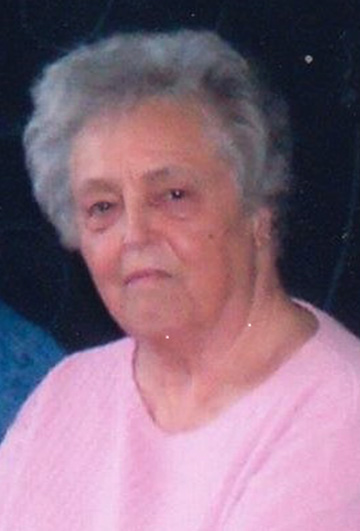 Lucille Berniece Scott, born Feb. 7, 1927, in Owls Bend to the late Robert Joseph and Nellie Mae (St. Clair) Fears. She departed this life on Monday, Nov. 13, 2017, at her residence in St. Louis, with her family by her side, she had attained the age of 93 years.

Lucille was a member of the Lone Cedar United Baptist Church, the Red Hatters and also served as a volunteer for the senior citizens center. In 1977 she won the cross-cut log championship at the Bicentennial celebration. She loved to garden and floral design as well as spending time with her family.

In June of 1954, Lucille was united in marriage to Paul H. Scott in St. Louis. To this union one son was born.

Survivors include one son, John Scott of Creve Coeur; two grandchildren; ten great-grandchildren; three sisters, Pearl On­adel Morrison and Vergie Daphene Byington both of St. Louis and Dimple Irene Fears-Gore of Ellington; as well as several other relatives and friends who mourn her passing.

A visitation and funeral services were held Saturday, Nov. 18 in the Funeral Home Chapel with Marvin Richards officiating. Burial was at Cave Spring Cemetery in Sullivan.