The annual Christmas parade in Ellington was a big hit with the community. Frigid temperatures did not participants or a large crowd from attending the Magical Christmas event..

Ellington Chamber president Christy Roberts said 10 floats were entered in the parade. Santa arrived to the community during the parade and lit the town Christmas parade. After the parade, he visited with all the children who braved the cold.

The event also include a holiday movie on the BIG screen and a bonfire with xmores’, hot chocolate, homemade cookies. Alan Shelton led Christmas carols by the fire! The Historic Barnesville Masonic Lodge opened for warming station and Checo’s Mexican Restaurant provided heaters for the pavilion. 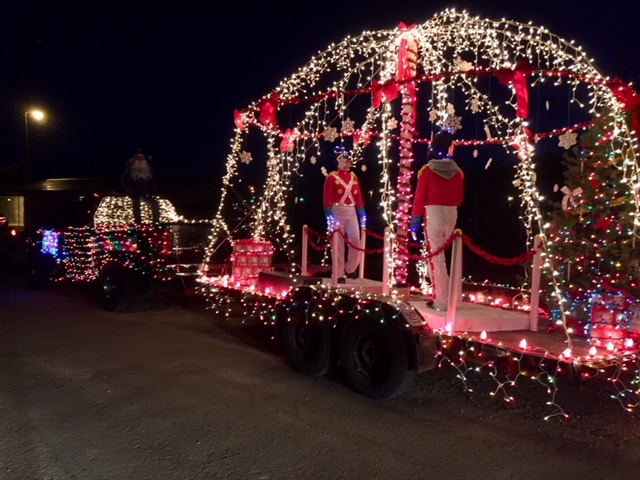 In the Family Fun, Non Profit, Civic/School Organization, Business division, Tom and Vickie Brawley took top honors for a colorful float that was adorned with hundreds of lights, a Christmas tree, and two Nutcrackers. They were awarded a cash prize. 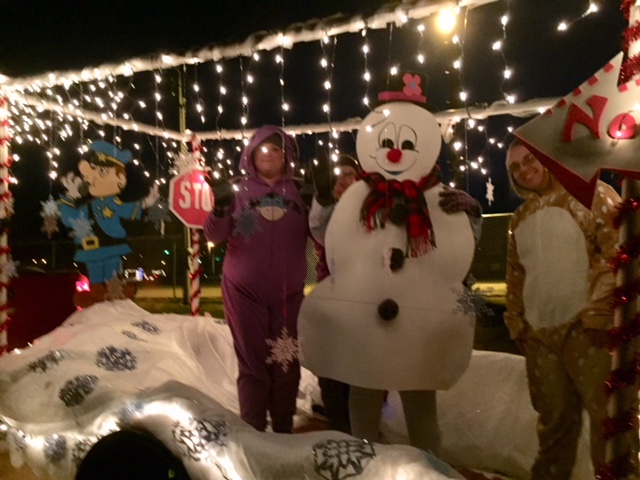 Paramount International won first place in the business division and was awarded the Traveling Santa Trophy.

“The crowd was great for the parade,” said Chamber of Commerce President Christy Roberts. “We had less than normal children visiting with Santa on the Main Street Pavilion, but it was frigid!”

The parade featured a total of 10 floats, two bands, plus all the emergency vehicles.

“Each year, we are seeing better lighted floats and more creativity from parade entries,” Roberts said. “The Chamber would like to thank everyone that helped to make the evening a success!”