Roger was a loving husband, father and was as a brother to the Sweeney family. He lived in Minnesota, Illinois, Colorado and Missouri working for Yellow Freight first as a dock hand and lastly as a driver. He made friends easily, was kind and thoughtful. He loved his dog and loved to fish. After retirement from Yellow Freight he drove a dump truck for Johnson county for four years. During high school years he played football for East St. Louis and was given the opportunity to play for West Point Military Academy but declined so he could be near his father who needed him due to the loss of Roger’s brother. Later Roger played semi-pro football, playing center. In spare time he enjoyed watching football especially the Minnesota Vikings and he was a St. Louis Cardinal fan as well. Roger was a volunteer with organizations in Williamsville, and was a loyal Teamster member lastly with Local 41 out of Kansas City, Mo.

In addition to his loving wife of forty-five years, Terry, Roger is survived by three sons: Kyle Eddy and his companion Angela Carter of Ironton, Mo., Cole Eddy and his companion Chelsea Braman of Marine, Ill., and Chad Eddy of Columbia, Mo.; one grandchild on the way; one sister Sheila Sweetwood of Rector, Ark.; many nieces, nephews, great nieces and nephews, cousins and friends. In addition to his parents, he is preceded in death by two brothers: William and Donnie Eddy.

A memorial service will be held Saturday, Feb. 3, 2018 11:00 a.m., at Ruegg Funeral Home, Williamsville, Mo. There will be a luncheon at noon held at the Wayne County Nutrition Center in Williamsville. Online condolences can be made at www.rueggfuneralhomes.com 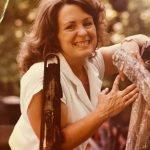 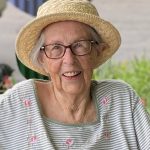 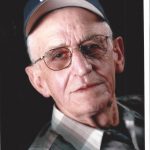