Cheyanne Burton runs down a player during semifinal action of the district softball tournament in Piedmont. The Lady Tigers won the contest to advance to the finals and face county-rival Greenville.

The Clearwater softball team looks to be peaking at the right time as the District softball tournament started Monday at Rotary Park in Piedmont.  Top-seeded Clearwater faced off with 8th seeded Summersville and came out on top with a 16-0 victory in 3 innings.  Halle Gooch led the way with 2 hits and 4 RBI’s on the day, plus added 4 stolen bases.  Halle was also a force in the pitcher’s circle getting the win while only having to face 7 hitters in her two innings of work.  She struck on 3 while giving up 2 hits.  Rachel Rowold pitched a perfect third inning to preserve the win while striking out the side.

Clearwater picked up some much needed momentum heading into the district tournament playing in the Swing Pink tournament at Dexter on Saturday.  Cleawater defeated Charleston in the first game 19-4.  The Clearwater offense kicked it in to high gear banging out 13 hits while drawing 9 walks.  Senior Halle Gooch is heating up at the right time.  She reached base 4 times on 3 hits which included a double and a walk.  She also had 5 RBI’s on the game.  Cheyanne Burton, Tabbie Carroll, Amy Holmes, and Emilee Chitwood also had 2 hits in the game.  Brittany Adams picked up the win in the pitching circle. She threw 4 innings giving up 2 earned runs on 4 hits.  She walked 3 and struck out three.

In the second game of the day, Clearwater defeated East Prairie 13-11.  The game was a little more lopsided than the final indicates.  Clearwater pushed to a commanding 13-4 lead before giving up 7 runs in the top of the 4th inning as the time limit expired.  All of the runs in the 4th were unearned.  Halle Gooch picked up the win pitching 3 1/3 innings giving up 3 earned runs.  She struck 4 on the game.  Halle also paced the offense with 3 hits including a triple and an inside-the-park home run.  She had 4 RBI’s. Cheyanne Burton picked a pair of hits and drove in two runs.

Clearwater lost it’s last game of the day 11-10 to a tough Oran team.  Both teams battled back and forth exchanging the lead several times.  Halle Gooch took the pitching loss but added two more hits and 4 RBI’s as she hit another inside-the-park home run.  Laci Brown hit her own inside-the-park homerun on a second inning blast.  She also added a pair of singles to reach base three times and score three runs.  Cheyanne Burton was 3 for 4 scoring three runs.

Last Friday, Clearwater traveled to Woodland to face them in the second game of the day.  The game had been rescheduled from an earlier date.  Due to the late start time, the game was stopped due to darkness after the 5th, but Clearwater claimed a 13-5 win over their district opponent.  Cheyanne Burton had three hits and three RBI’s.  Halle Gooch added two hits and 4 RBI’s.  Laci Brown reached base 3 times on 2 hits and a walk and scored 3 times.  Halle Gooch picked up the win in the circle throwing all 5 innings striking out 6 batters.  Clearwater now stands at 14 wins and 8 losses on the season.  They will face off with Liberty (Mountain View) on Tuesday at 3:30 PM in the district semifinal game.  Clearwater with a win would reach the district championship game for a 7th straight season dating back to the 2011-2012 school year.

Other results from Monday: 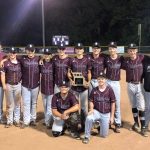 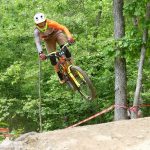