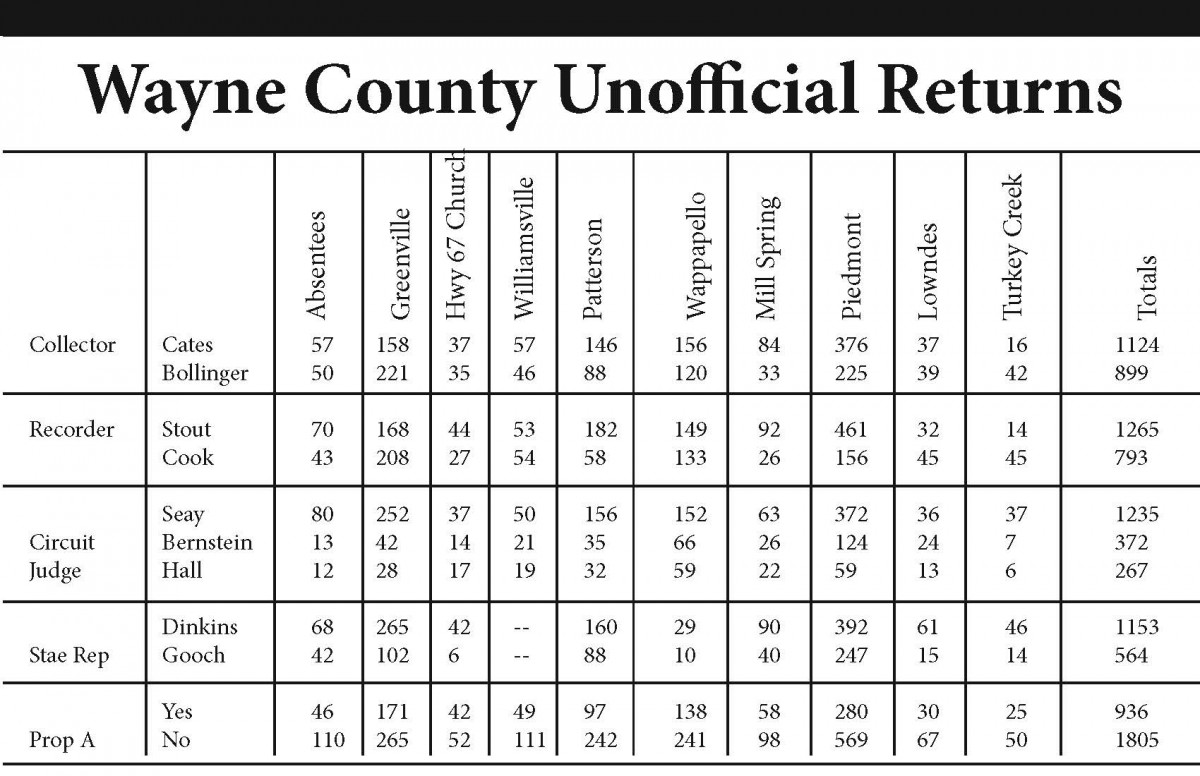 Wayne County voters went to the polls Tuesday to decide primary races. All races were on the Republican ticket.

Incumbent Cindy Stout beat Angie Cook 1265 to 793 to win the Republican nomination for recorder of deeds. Stout will not have an opponent in November.

Megan Seay received 1235 votes in Wayne County in her bid for the Republican nomination for Circuit Judge. Scott Bernstein received 372 votes. Glenn Hall had 267 votes. Seay is expected to win the regional contest and face incumbent Sid Pearson in November. Pearson had no opponent in the primary election.