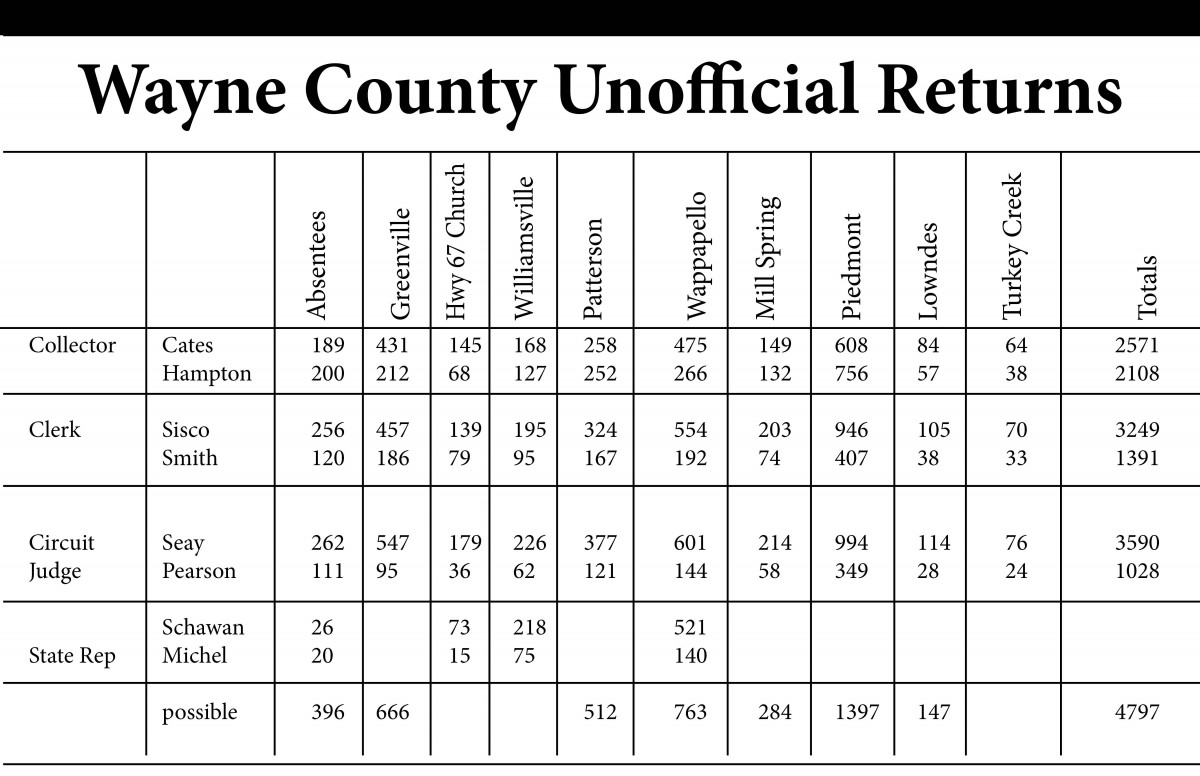 Wayne County went red in the November General Election. Republicans carried all contested races. A huge voter turnout, fueled by the many statewide issues and a heated U.S. Senate race, brought 54.7 percent of the county’s registered voters out.