It takes a village to rear a child. That same adage could be applied to improving a community’s economy.

Two representatives from University Extension presented details from a study at a meeting Tuesday, Dec. 21, at Piedmont City Hall. During that meeting, it became apparent that not only the City of Piedmont and Piedmont Area Chamber of Commerce are looking at ways to improve the Piedmont economy.

The top priority is to develop a prospective that can be given to anyone that is looking at the community. It will give them the type of information needed to make a decision about Piedmont.

“Your community profile, your website, is really bad,” Curry said. “We’re going to fix that, too. Any businessperson that is looking to relocate or build a business here will go to your web site and prowl around.”

The median age of Piedmont is 48.5 years old. The area is popular with retirees and many migrate to the area annually.

Carter County has been growing. It has a younger population.

“Senior citizens and retirees spend a larger share of a smaller income on retail trade in the market they live in,” Curry said. “Younger households with higher incomes spend more of their income on consumables and are more likely to spend it in other places.”

Wayne County was on a growth path until the closure of Walmart. Per capital sales continue to relatively high at $19,570. This is way above the state average of $13,000. Piedmont is still ranked in the top 100 cities in Missouri in per capita sales.

“You are still doing better than 800 communities in the state,” Curry said. This data comes from the Department of Revenue. This sales data is published quarterly for every community in the city.

How much potential sales is escaping the county? Poplar Bluff is attracting dollars out of the area. So, it Cape Girardeau. Online sales is also a factor.

“We need to plug that leak,” Curry said.

“The sales tax for the county through November was down $8,800 (from one year ago),” Presiding Commissioner Brian Polk said. “We had anticipated it being more.”

University Extension has compiled data about market places throughout the state. They can compare Piedmont to market areas throughout Southeast Missouri.

“Market density is lower here,” Curry said. “Market buying power is lower. Potential markets are much smaller. When looking at potential markets, you have about $64-65 million in potential sales (within a 15-minute area) while an area like Fredericktown has $136 million. When store locations are being made, this is taken into consideration.”

“People would come from Annapolis and Ellington to go to Walmart and then they would go to Rick’s Pawn Shop and then on to the clothing store and other places,” added Bill Turner. “Our little circle has no one within 15 minutes.”

Drive time for the Piedmont trade zone is within 30-35 miles, according to people at the meeting.

The second and third quarters of the year are the best quarters for Piedmont. Curry said this is true for most tourist areas.

“I believe you will start to see a slow to persistent recovery,” Curry said. “Because you have an isolated market, I believe you will see the market shift and people buy from other local retailers instead of spend a half a day driving to another community to shop.”

According to Presiding Commissioner Polk, paper products and pet food were the first items to increase in sales at Town & Country Supermarket after Walmart closed.

“Jim Turnbough said he did not realize Walmart sold so much paint because his paint sales jumped so much,” added Piedmont City Clerk Tammy Thurman.

Curry said that Piedmont needs to build a prospectus. University Extension will be working on that during the coming weeks. It will portray what opportunities exist in Piedmont.

University Extension identified the key assets of Piedmont. At the top of the list is a large daytime population.

“You are out in the middle of no where and have a software company and a fairly large food manufacturer,” Curry said. “You have a place that does circuit boards. You have Certainteed just a few miles up the road and then you have the whole Corps of Engineers operation.”

Another key asset is that Piedmont is a service center for this region. Piedmont has a lot of medical resources–two clinics, a dentist, and an eye doctor.

“You have to keep that,” Curry said. “You want to retain everything you have (in Piedmont).”

“You seem to have a fairly rebust small business community,” Curry continued. “You have a lot of small business activity. You might have more opportunity. You need to think of how to help people who want to start a small business in your town.”

Isolation is an asset for Piedmont. Being far away from metropolitan areas can be used as a benefit. There are 5,000 people that live within 15 minutes of Piedmont.

“I think most of them are still looking at Piedmont as the place to shop,” Curry said. “We want them to continue to think that way–the place they come for services and their children come for school.”

Another asset is tourism. Curry said that is a huge asset.

“How much money can you squeeze out of visitors and how do you do it?” Curry asked.

Curry urged Piedmont to market the vacant Walmart building on the internet. Businesses will have a hard time finding the building unless it is listed online.

The owner, who lives out of state, is set in his ways, according to Mayor Bill Kirkpatrick. Several months ago, a potential tenant was looking to take half of the building. That did not work out due to several different issues.

“The owner had a very good deal with Walmart and he is wanting something similar,” Kirkpatrick said. “I don’t think he will find that. The problem with this store is either too large or too small.”

“I believe if he is not going to play ball with us, we have several nice pieces of ground around this area,” Bill Turner said. “Why don’t we market the opportunity to build something? That would make him obsolete. I think he would be willing to deal then. I can’t stand someone say, ‘Deal with me or you will be stagnant.”

Piedmont needs to connect with its current businesses–understand the needs and help them expand, according to Curry. This involves opening a dialogue.

“The businesses owners need to know they can come in any day of the week and talk to the mayor and say, ‘Hey, I have this plan but I am going to need this from you.’ If there is going to be bad news and they are going to have to downsize, they should feel comfortable enough to come and talk.”

Curry recommended that the city survey the retail businesses. He said that University Extension will help in the process.

“Let’s get them engaged,” Curry said. “Ask them what is important to them. What problems do you see in your business? What can we do to help you? What kind of educational programs could help you? Do you have any problems with municipal provided services? Are you concerned about police protection? Safety issues?”

From this, the city could find some goals.

“Do something to recognize small retailers?” Curry said.

Carol Starner, Chamber administrative assistant, said that businesses are starting. They just can’t stay open. There is a large turnover of small businesses in Piedmont.

“I think a lot of them need encouragement,” Starner said. “I think they need people to go in and tell them they are glad they are here.”

Curry said that an successive ownership plan is needed. It tries to match a business that someone is selling. Develop a data business of people who are interested or have the resources to purchase business.

Increasing tourist spending needs to be studied. Curry urged the city to meet with the Clearwater Lake Association and develop a plan. Look at ways to extend the tourist season. The Poplar Bluff Greater Chamber of Commerce was recently designated a Destination Marketing Organization for the three-county area of Butler, Carter and Wayne counties to promote tourism; the DMO can apply for grants. Play on the area’s history to bring people to the area.

Promote population growth. “You have been attracting retirees,” Curry said. “Why don’t you market that?”

Curry urges Piedmont to holds a meeting with community leaders to begin planning. Make a list of what the city wants to accomplish and check items off when they are accomplished. 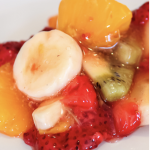 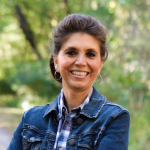 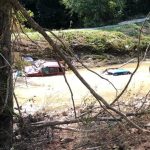