Many things are happening in Piedmont. A grant is being sought to extend the walking trail. The recent flooding damaged a water main in the northern section of the city. The city is repairing storm damage to its warning sirens. The American Legion is working to get the city named a POW/MIA city. The Piedmont City Council met Tuesday, Feb. 12, at Piedmont City Hall and discussed these items among other things.

The city is submitting a grant application through the Department of Natural Resources Recreation Trails Program to seeking funding that would enable the McKenzie Creek Walking Trail be extended north to Handy Park. Mayor Bill Kirkpatrick said the extension would run from Birch Street to East Fir Street. The cost of the project is estimated at $116,188.

A four-inch water main that crosses Highway 34 near the Missouri Department of Conservation office was broken during flooding two weeks ago. Mayor Kirkpatrick said that logs and a rootwad were caught on a natural gas pipe that crosses the creek. This caused the flood waters to back up and scour around concrete that had been installed to help protect the water main. The water washed out the pipe. A valve was installed near the break so the city could shut off water flow to the area.

The pipe was repaired and water restored about 15 hours after the break was discovered, according to Mayor Kirkpatrick. The city was placed under a boil-water order as a result of the break and repair. The boil-water order was lifted late last week after two separate water samples were tested by DNR and approved.

The Piedmont American Legion is working to get the city named a POW/MIA city. The designation is similar to a Purple Heart designation, which the city received a few month ago. Farmington and Bismarck received the POW/MIA designation last summer. 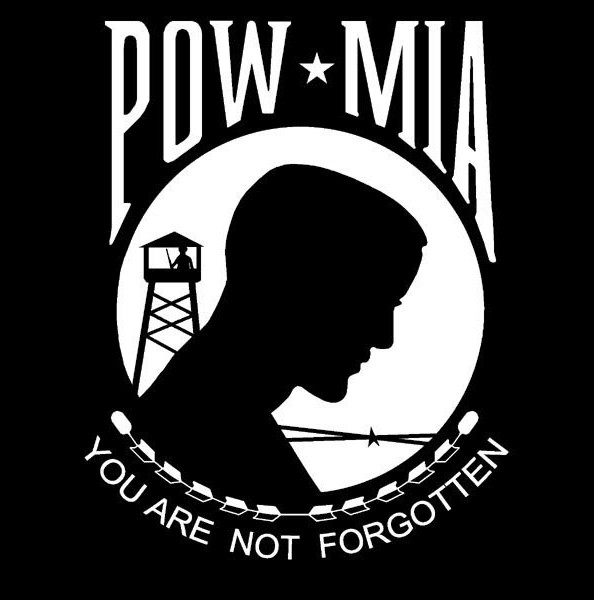 has been raising funds the last several years to bring the bodies of MIA soldiers back to the United States. Phil Baker told the city council that area residents have donated a lot of money in recent years to help with the MIA project.

As of October 2018, only 11 other cities had been designated as POW-MIA Cities by the Jefferson Barracks POW/MIA Museum.

When asked how many pri
soners of war or missing in action soldiers are from this area, Baker said he did not have the exact numbers. Pilot Captain George William Stivers Jr. of Piedmont, USMC, was one member of Flight 19. He was piloting one of the five airplanes that disappeared Dec. 5, 1945, while flying a mission near Fort Lauderdale, Fla. Several area men were prisoners of war, including Sta

In order to be named a POW/MIA city, Baker said he will have to plead Piedmont’s case at Jefferson Barracks and build a case as to why the city deserves the honor. If the city receives the designation, it will not cost Piedmont any money. The American Legion has donors who are willing to pay for the signs and posts.

Piedmont Emergency Management Chief Richard Sanders said that the city’s aging storm siren system was damaged by lightening in a November storm. The siren system is about 20 years old and is outdated. Finding parts is a challenge.

Due to an insurance claim, one of the city’s sirens will be replaced in the coming weeks. The other two will be repaired.

When the three sirens are operational again, Sanders said that an educational program will be initiated to teach residents to identify the various tones, such as take cover and all clear. A Facebook page will be created and siren educational information will be given to the newspaper and radio station.

Chief Sanders is pushing the city to add more teeth to the city’s liter law. At the current time, the city can ticket people who leave trash and liter in their yards. There is no enforcement tool. Sanders asked the city to change the ordinance and include a provision where the city can clean a property and then put a tax lien on it.

City Attorney Robert Ramshur was given the task of researching the city’s current trash ordinance and seeing if tax lien could be added. He will report back to the alderpersons.