The Lodge at Sam A. Bak er State Park will be getting a major face lift and will be re- purposed. A groundbreaking ceremony was held Thursday afternoon at the park for a $1.5 million project that will transform the structure into ave-room vacation rental.

Brockmiller Construction of Farmington is the general contractor for the project. Brockmiller has done several construction projects in the area, including building the Greenville R-2 School District’s two safe rooms (torna- do shelters).

The Department of Natural Resources believes the best way to preserve an historic building is to use it. Most of the buildings at Sam A. Baker State Park, including the Lodge, were built by the Civilian Conservation Corp.

The Lodge has always been a place for people to gather. The Department of Natural Resources hopes it keeps this purpose. The main room will be available for public events and for area organizations, such as the Chamber of Com- merce, to host meetings. Parkof cials have said that the annual public meetings will be held inside the lodge.

“This building means a lot to a lot of people,” said Park Manager Wanda Doolin. “We have been working with people and took in their comments. We realized there were a lot of things that needed to happen.”

A portrait of Gov. Sam A. Baker has been above the mantle in the Lodge for de 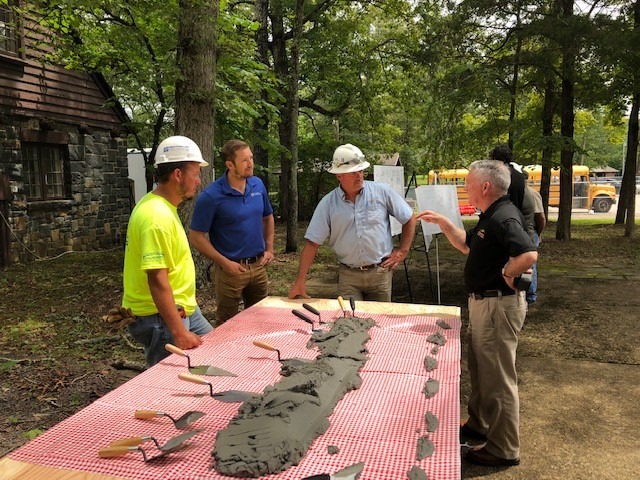 cades. Park officials recentlyhad the portrait reproduced and framed. The copy was re- cently presented to the Wayne County Commission to hang in the courthouse.

The park will open the building on certain days each year for various activities.

The Lodge has not been used for two summers. For several decades the building was utilized as a restaurant. In recent years, restaurant attendance waned and the park made the decision to close the

eatery. A grill was built and opened last summer that adjoins the park store.

Ben Ellis, director of state parks, said that DNR is working to be good stewards of its property. This year, along, the state will be spending over $16 million on repair and renovations projects in various state parks. 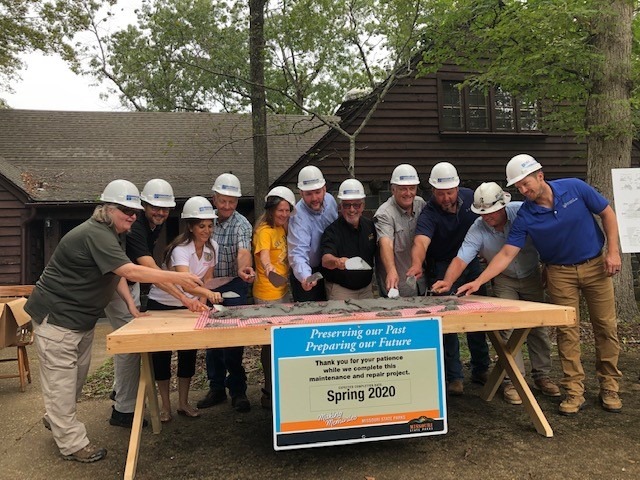 “It is one of my favorite parks,” Kelley told the crowd. “Sam A. Baker is always at the top of my list because it is such a family-friendly park. There is something for everything to do.”