Mill Spring Christian Church will mark its 135th year of serving Christ in the Mill Spring area with a celebration on Sunday, October 13th.  A special service is being planned, with worship service beginning at 10:30 am. It will include the singing of old hymns written before 1884, guest musicians, and a potluck following the service.  As a part of Pastor Appreciation Month, the congregation will also recognize its pastor, Kevin Kinnard. Brother Kevin and the rest of the congregation would like to encourage everyone to join us for this celebration.

The following early history of the church was written 35 years ago for the 100th anniversary celebration by Helen McClure Henson, a descendant of one of the earliest families.

The Christian Church of Mill Spring today observes the 100th anniversary of its founding.  We approach the day with joy and gladness and with a deep sense of gratitude to those who have, in years past, worked to make this day possible.

Mill Spring has been a small community since Missouri was granted statehood.  In 1853 a post office was located here, but in 1871 the Iron Mountain Railroad surveyed the town and named it after the spring.  Then business increased as the lumber industry flourished, and furs, minerals, and agricultural products could be shipped out.

More people came, too, and a void in their lives was felt because they had no church.  In answer to this need came Rev. J. M. Ratcliffe, a district evangelist of the Southeast Missouri Christian Churches.  As he preached from the Holy Book, he found many believers who were eager to join together as Christians. Rev. Ratcliffe stayed in Mill Spring a few years longer, pastoring the church through its infancy.

A building for church services was made possible by the Leeper family, who donated the land on which the church stands and gave the lumber to build it.  There have been changes in the building, but the basic structure is the same. The builders expected their church to stand, both the building and the teaching.

A pattern of church activity seemed to evolve that included preaching regularly–regularly meant once a month, that is.  How could a church survive with a minister visiting only once a month? From the beginning, the church had a strong and vital Bible School.   Faithful superintendents, dedicated teachers, and eager students kept the doors open and helped prepare believers to make a commitment when the preacher did come.  Revivals were common, too, and these brought many into the fold.

There is one word to describe early services well–long.  Sometimes there were ten or twelve songs in a service. No one told the preacher to talk 15 or 20 minutes and dismiss by noon, so he talked as long as he liked–maybe an hour or more.  Little children got restless, but Mother or Grandmother always had a cookie to drag out of her tote bag, which helped. No one complained about long services. The church was a wonderful place to be and no one was in a hurry to get somewhere else.

Credit, too, goes to the women of the church for their part in making it a growing, vital part of the community.  They decided when things needed to be done, and they did them. They raised money by quilting and various kinds of sales. One of the nicest and most enjoyable times was the ice cream social.  Kerosene lanterns were strung on the trees outside, and tables and chairs were set up. Women brought their finest cakes and served them with ice cream. It was a special treat in the days of no electric freezers or refrigerators.

Improvements the women made, or paid to have made, included replacing the wooden steps at the front of the church with concrete ones.  They bought the pews which are still in use and partitioned off classrooms at the rear of the auditorium. They bought a furnace and many small supplies through the year.  The women usually cleaned the church, made the communion bread, and canned grape juice for the communion. But most of all, they were a source of strength and inspiration to everyone.

The early Sunday school was always a garden for the church.  We have a complete record of one year’s Sunday school in 1907, kept by Billy Owens, 15-year-old son of Dr. and Mrs. Richard Owens.  There were six classes, and summaries of a session went like this: Present 32–collection 5 cents. Present 55–collection 19 cents.  Present 40–collection 13 cents. There is no record of how they spent all this money.

The men did things, too.  We have minutes of a board meeting held in 1925 in which the board agreed to underpin the church building.  It had stood for more than 40 years on pillars of stone, but there was a compelling reason to give it a solid foundation.  At this time, neither the town, county, nor state had any stock law, so pigs were free to roam. They often found a safe haven under the church, where they were protected from rain, snow, and wind.  When the congregation sang, the pigs squealed. When the preacher preached, the pigs squealed. When the church was underpinned, that episode came to an end.

In 1929, Fred M. Goff came to Mill Spring to hold a revival.  He was the grandson of Rev. Ratcliffe, who organized the church.  Brother Goff held the revival and then came back in 1932 as pastor.  He ministered to the church at intervals over a span of 30 years. He was a talented speaker .and great Biblical scholar.

Though these 100 years the path has not always been lined with roses.  During the 1950’s, there was some discussion about closing the church because so few were attending.  Some Sundays saw only three people there; however, the members believed Jesus’ promise from Matthew 18:20, “For where two or three are gathered together in my name, there am I in the midst of them.”

We rejoice on this special day as we celebrate the anniversary of our church.

We do not ask that crowds so throng the temple

That standing room be priced

We only ask that as we speak 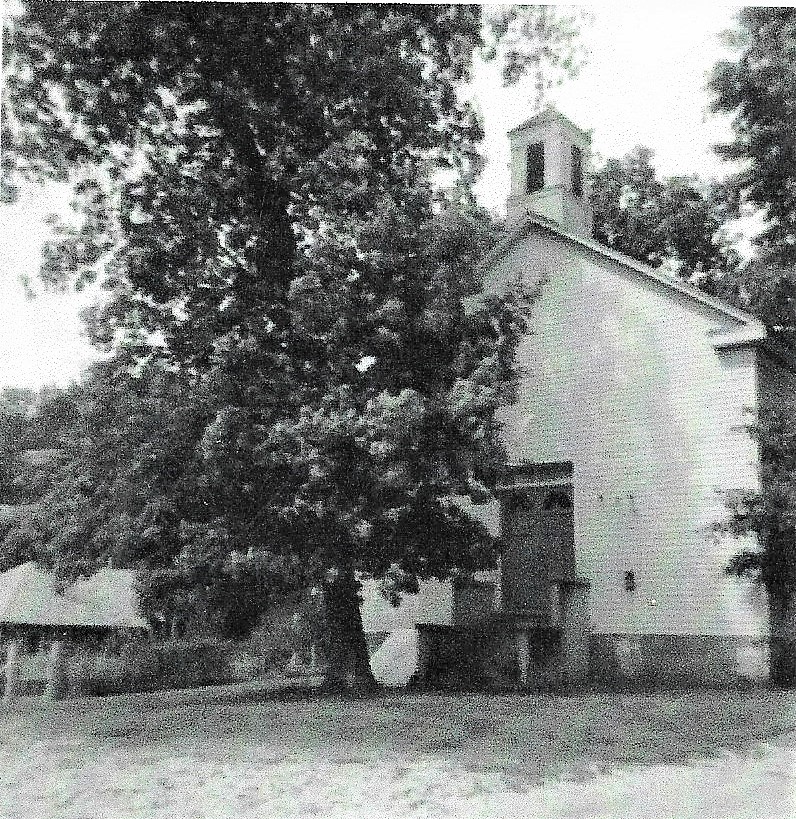 They may see Christ

We do not ask for pomp or pageant

Or music wealth alone can buy,

We only pray that when we preach

He may be nigh.

We do not ask our name be praised

Or headlines spread our name abroad.

We only pray that as we speak,