For over twenty years, David Bollinger has dedicated much time to many civic organizations in Wayne County, and has served in many leadership rolls. He holds a passion and love for the history of Wayne County and he is the author of well over one hundred local historical articles and newspaper columns. He is the originator and administrator of the popular “Historical Wayne County, Missouri” Facebook page, which now has over 7,200 followers. The site is dedicated to posting informative historical Wayne County photos, personally written local historical articles by Bollinger, updates on area events involving local historical significance, and a place that individuals and non-profit groups can advertise publications or events regarding local history. The informative and educational site is followed by individuals from all 50 United States, Washington D.C., Puerto Rico and eight foreign countries.

In recent months Bollinger has served as Chairperson of the Wayne County Bicentennial Committee, and is currently serving as the town Historian for the .Greenvil!e Bicentennial. He proudly holds Wayne County Bicentennial family lineage through the Bollinger, Bennett, Whitener, Dennis and Bess families. He has been a member of the Wayne County Historical Society for twenty one years, and is a Past Vice-President. He currently serves on the Board of Directors. In 2007 he served on the committee that compiled and published the popular book, “Photo History of Wayne County, Missouri”. He has directed several historical donations to the Wayne County Historical Society Museum, as well as the Historic Greenville Museum, Community Center and Library.

Bollinger serves on the committee of the Old Greenville Cemeteries Association,. which oversees the maintenance of the historic Union, Wight and Hickman cemeteries. He personally maintain·s the historic Bollinger, Dalton-White and Old Rubottom cemeteries all near Greenville. Throughout the years Bollinger has coordinated efforts to secure government headstones for eighteen unmarked graves of Wayne County Civil War soldiers.

In addition to his many historical·contributions to Wayne County, Bollinger has labored in many other areas of community involvement. When laboring as a local Financial Representative, he helped secure matching funds or materials for many local organizations, including; Clearwater Rl School District, Greenville Rll School District, Patterson Community Center, Wappapello Food Pantry, Lowndes Fire Department, Clearwater Ministerial Alliance Food Pantry, Whole Kids Outreach and Camp Allen. As Masonic Home Representative for the Order of the Eastern Star, he has annually coordinated for several years with the Greenville Rll School District in securing funding for the PawPack Food program. In addition, he has chaired the annual Christmas food drive for five years.

Bollinger is a longtime member of New Hope General Baptist Church at Silva, where he has labored as Son day School and Vacation Bible School teacher, Church Archivist and author of the centennial book, “New Hope General Baptist Church: The First 100 years”. Bollinger is a current resident of Greenville, laboring as a clerk at Richard’s Supermarket. He has two children, Jackson “Bo” Bollinger and Kinley Bollinger. 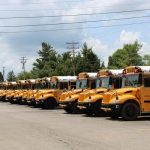 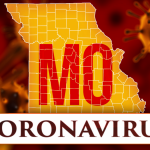 Broadband is a necessary utility.