Sometime in the 1980’s, environmental activists began to tell us the earth’s temperatures were rising.  They named this unverified idea global warming and blamed developed countries, particularly the United States, alleging our use of fossil fuels were the cause.  After years of temperatures remaining fairly consistent and disproving their claims, they changed the term global warming to man-made climate change to give their inaccurate forecasts more credibility.  This new name enabled them to blame everything on mankind from extreme cold temperatures to extreme heat, droughts to floods and everything in between.

The problem with their theory is they only made long-term predictions that were forgotten before their projection end dates, thus when they did not come true they were not held accountable.  Other than doing internet searches for videos of these Al Gore wannabes, there has been little actual proof to inform the world of their factual errors.  Fortunately for levelheaded Americans that have not fallen for their global hoax, we have seen two recent incidents that have poked holes in their claims.

Sometime within the last ten years, the National Parks Service installed signs throughout Glacier National Park in Montana alerting visitors that due to man-made climate change the glaciers would be melted by the year 2020.  To the dismay of the environmental radicals, the glaciers have not melted, and they were proven wrong.  Additionally, the Park Service is now having to remove these signs, of course at the cost of the taxpayers, all because they bought into this hoax.

Over the course of the past few weeks, the news media has done countless stories on the out of control wildfires throughout Australia.  As expected, the climate change promoters were quick to blame these on man-made climate change rather than hold their opinions until the details were known.  When the facts were released two weeks ago, the claims made by the climate change believers were again discredited when it was reported that multiple people had been arrested and charged with arson for starting these fires.

Most commonsense Americans feel the idea of man-made climate change began as an unproven theory and after gaining popularity has turned into a global cause aimed at redistributing much of America’s wealth around the world.  We have no issue with others that feel there may be some truth to this however, it is the radical ones that pose a problem.  These people speak about climate change with such conviction and anger that they have managed to convince millions of trusting and uninformed Americans to believe in their cause not because of what is being said but because of the harsh tone being used.  Unfortunately, many of these trusting souls are young people that grow up believing in this because they have heard it for much of their lives.  Furthermore, they refuse to even discuss or debate the issue with anyone holding an opposing view or admit when they were wrong.

They are very good at pointing out a problem (which may or may not exist) but cannot offer solutions other than shutting down the coal and oil industries in the United States that will eliminate millions of high paying jobs, and taxing Americans on anything they claim that has a negative effect on the environment.  Putting millions out of work and raising taxes have never been the answer to any problem.  If these people get their way, America will be turned into a third world country while nations that pose a threat to us today, namely China and Russia, will have their way over the entire world with no one to hold them in check.

Black History You May Not Know 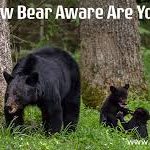 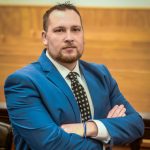 Randazzo to Run for Circuit Judge