“Sometimes you want to go

where everybody knows your name

and they’re always glad you came.”

It wouldn’t seem right to let the passing of Wally Smith go unnoticed without this public acknowledgement of the positive impact he had on this area and of the great loss his friends and family, and his community feel at his passing. He was, as you may know, the proprietor of the most popular eating establishment in the county, Wally’s Seafood Restaurant.

Located on the road to Sam A. Baker Park, the “Park Road,” or “Wally’s” as it is most often called, has the atmosphere of a neighborhood bar like TV’s Cheers, where everybody knows your name, and where the staff always seems glad to see you. It also has the reputation of being one of the finest seafood restaurants in the state. On any given day, in addition to locals, you will find customers from as far away as St. Louis, Farmington, Poplar Bluff, and Dexter, whose sole reason for coming to Wayne County is to eat at Wally’s. A savvy businessman, Wally proved that if you serve good food, even in the middle of nowhere, they will come.

Wally was born and raised in Louisiana, and was Cajun to the bone. He had a larger- than-life personality and seemed to epitomize the Mardi Gras spirit of Louisiana and New Orleans and the motto, “Let the good times roll.” He brought that spirit to Patterson in the early 1980s when he moved here and opened The Red Lion in the old Club 34 building. The Red Lion soon became one of the most popular bars around, and you could count on Wally being front and center in all the fun, often in his white leather Elvis outfit.

Wally was introduced to Wayne County by his lifelong friend, Rick Martin, when he accompanied Rick on a trip here to visit Rick’s aunt and uncle, Leland and Marge Cundiff. Wally fell in love with the area and it soon became his second home.

Wally loved to cook for people. For many years, he and his staff prepared free, huge Thanksgiving and Christmas dinners at the “Park Road,” for the community. This was his way of saying thanks for the business, and his way of making sure that anyone who didn’t have someplace to go, had a place to go. Wally insisted on the 2019 Christmas dinner being held as planned, even though he was not in good health, and had lost his older brother just a few days before.

In his later years, Wally preferred to be behind the scenes at the restaurant. Most likely you would find him sitting in the back room prepping food with his grandson on his knee and his youngest daughter Bailey close by his side. His partner in business and in life for the past 12 years, Karleen Ries, was a great help to him, as was Bev Ramshur, who, along with Wally’s son Ben, will help keep the Park Road open and keep preparing Wally’s recipes.

At the time of his death, Wally and his family had three successful restaurants, one in Fredericktown, one in Poplar Bluff, and the original location in Patterson. Wally could have made a fortune in his life with his culinary skill, personality, and work ethic, but instead took time from work to really enjoy life and spend time with his family and friends.

So, Cheers to you Wally. Thanks for the many memories, and thanks for giving us all a place to go where everyone knows our name. You will be missed greatly. 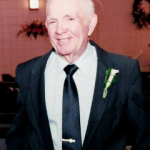 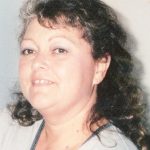 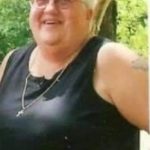