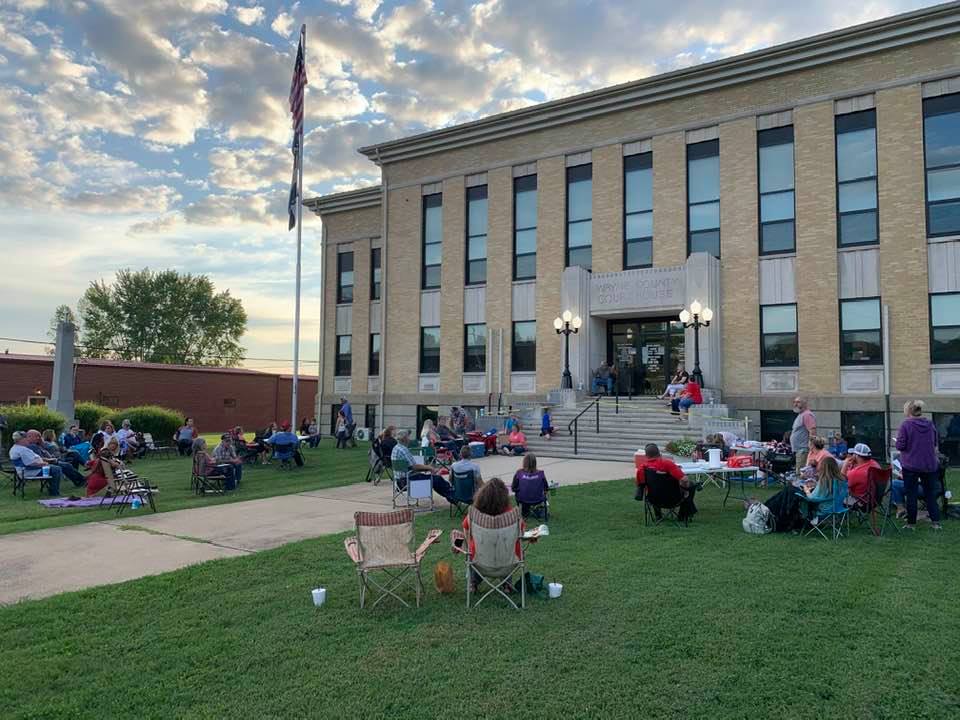 Just 21 votes separated the top candidate and the bottom candidate Tuesday in the race for Western District commissioner in the Primary Election in Wayne County.

Doug Wood will be the county’s new Eastern District Commissioner, replacing Bill Hovis who is retiring. Wood was one of four Republicans who were on the ballot. He received 54.97 percent of the popular vote. Wood received 863 votes. Brian Towe received 355 votes. David Richman had 273 votes, and Eddie Thompson 79 votes. Wood will not have an opponent in November.

Tara Smith won the battle for assessor. Smith, who has worked in the assessor’s office since she was 19 years old received 1,466 votes and won the Republican nomination. Amanda Gooch of Piedmont received 1,350 votes. Smith will have no opposition in November and will replace Frances Huitt in September 2021 as assessor.

The race for public administrator was a fight. Brad Miller won by a margin of less than 100 votes. He will replace Donna Eads, who is retiring Jan. 1. Miller received 992 votes. Penny Schulz received 871 votes. Sandra ‘Sam’ Wills received 747 votes. Janet Loucks received 187 votes and Patricia Campbell 101 votes. No Democrat filed, so Miller will be unopposed in the November election.

Michael Allen beat Mark Smith for coroner. Allen received 1438 votes and Smith 1229 votes. Allen will not have opposition in November and will take office Jan. 1, replacing Gary Umfleet who is retiring.

Mike Randazzo carried Wayne County in his quest to become circuit judge. He received 1,401 votes. Brandi Baird had 557 votes. Christopher Piatt received 277 votes. Kristopher Crews received 271 votes. Stephen Paulus had 159 votes. Earlier in the evening, Randazzo declared victory on his Facebook page. Prior to the election, Randazzo told the newspaper that a key part of his plan was winning Wayne, Iron and Reynolds counties. Unofficial returns show that he carried all three counties. As of 10:55 p.m., the Secretary of State’s website was showing only 42 of 52 precincts reporting.

Holly Rehder carried Wayne County by 38 votes in the District 27 Senate Race. She received 1,390 votes. Kathy Swan received 1,352 votes. Both women are term-limited out of the House of Representatives. With all 99 precincts reporting, Rehder won the Republican party’s nomination by less than 200 votes. Unofficial returns show Rehder with 16,834 votes and Swan with 16,693 votes. Rehder will face Democrat Donnie Owens in the November election. Owens who was unopposed received 4,169 votes.