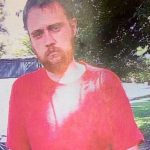 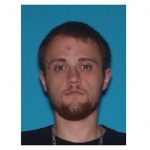 UPDATE: As of Wednesday evening, McCoy Kelley has been captured.

The Iron County Sheriff’s Office is asking for the public’s help to find a man wanted for murder. They say that McCoy Kelley, 20, of Annapolis is considered armed and dangerous.

William (Billy) Shy, 30, of Vulcan was shot and killed Early Tuesday, Aug. 11. According to Iron County Sheriff Roger Medley, the murder took place at around 1 a.m.

“Witnesses told police that Shy was shot by McCoy Kelley when he opened the door,” Medley said.

Kelley is wanted for 1st-Degree Murder and Armed Criminal Action.  Medley said that the sheriff’s department and the Missouri State Highway Patrol are investigating the murder.

An autopsy was scheduled to be performed at 5 p.m. Tuesday.