Circuit Judge Kelley Parker ordered a new primary election to be held for the Republican nomination for Iron County Sheriff. A judgement was issued Thursday. The new election will be held Tuesday, Sept. 22.

Parker’s judgement states, “THEREFORE, IT IS ORDERED ADJUDGED AND DECREED, that in accordance with Section 115.549 RSMo., a new primary election for the Republican nomination for the office of Sheriff of Iron county shall be held on Tuesday, September 22, 2020, and the election shall be conducted and the votes counted as in other primary elections.”

Even though there has been a judgement made, it is subject to appeal.

Iron County Prosecuting Attorney Brian Parker said, ” The county (Iron) has received the judge’s decision and has begun the process to schedule and prepare a new election.”

A copy of  Judge Parker’s decree which outlines many facts of the case can be found here. 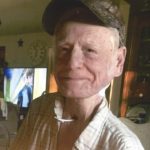