The Missouri Department of Conservation (MDC) reports that a Scott County woman has been charged with illegally shooting a cow elk in Carter County in November 2019 and abandoning the carcass with no meat or other parts of the animal taken.

Based on a lengthy investigation by conservation agents, which culminated in interviews with the suspect in late August, Deborah A. Flanigan, 50, of Chaffee has been charged with shooting a cow elk in a field at the end of M Highway in Carter County on Nov. 18, 2019 and abandoning the animal. MDC has issued citations to Flanigan for the illegal “take of a protected species (elk)” and “wanton waste or abandonment of wildlife or parts thereof commonly used for human consumption.” Both charges are misdemeanors.

The investigation began in November 2019 after MDC agents were informed of a dead cow elk in a field near the end of M Highway on National Park Service property. While investigating the incident, MDC agents took pictures and extracted two bullets from the carcass of the animal. The bullets were sent to the Missouri State Highway Patrol Crime Laboratory for ballistic testing. Other evidence was also obtained from the scene.

“We are grateful to have made an arrest in this poaching incident,” said MDC Protection Chief Randy Doman. “Thanks to the diligence of our conservation agents, along with the assistance of our state and federal law enforcement partners, we were able to identify a suspect and close the case. We look forward to working with the Carter County Prosecuting Attorney to see this case through to completion.”

The case is one of six involving the illegal killing of elk that MDC has been investigating over the last several years. Each of the five remaining investigations is ongoing and MDC needs help from the public in apprehending and prosecuting those responsible.

“The restoration of elk in Missouri is appreciated by many people, businesses, and organizations in the area,” Doman said. “A healthy, growing elk population brings significant economic, recreational, and cultural benefits to these communities. The senseless waste of people’s resources should not be tolerated.”

MDC asks that anyone with information regarding the other five previous instances of elk poaching report it to Operation Game Thief at 800-392-1111 or the MDC Ozark Regional Office in West Plains at (417) 256-7161. There is a $20,000 reward for information leading to a conviction.

At the time of the 2019 incident, there was no hunting season for elk in Missouri. MDC is offering Missourians the state’s first elk-hunting season in modern history starting this October with five permits granted through a lottery drawing for the limited season. Elk are a native species in Missouri but were hunted to extinction in the state through unregulated hunting during the late 1800s. With the help of numerous partners and supporters, MDC reintroduced about 100 elk to a remote area of the Missouri Ozarks in 2011, 2012, and 2013. Their numbers have grown to more than 200, and their range has expanded in recent years to cover portions of Carter, Reynolds, and Shannon counties. Learn more about elk in Missouri at nature.mdc.mo.gov/discover-nature/field-guide/elk. 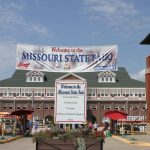