Willard enlisted and served in the Army from July 1953 to May 1955. He went to basic training in Fort Leonardwood, MO. He was stationed in Germany with 54th Engineer Battalion, Company B. He was a life long farmer and jack of many trades. In 1982, He and Wilma started their own successful freeze-proof water tank business and Meloy Construction.

Willard was preceded in death by his parents, two sisters, Zella Finley and Shirley Meloy, and one brother Marvin Meloy, and his wife, Wilma.

Visitation will be held from 2-6 PM on Saturday, January 30, 2021 at Windmill Ridge Funeral Service. Private family services will be held at a later time. In lieu of flowers, expressions of sympathy are suggested to Central Missouri Hospice. Online messages to the family may be contributed at www.windmillridgefuneralservice.com. 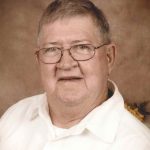 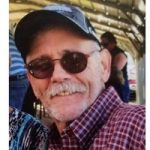