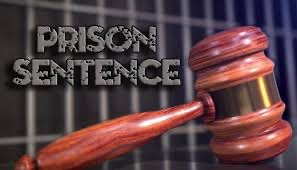 The former clerk of Greenville was sentenced today (March 31) to 10 years in prison and ordered to repay $168,957 to the city after being convicted on a charge of receiving stolen property. A 2018 audit by State Auditor Nicole Galloway found improperly cashed checks, missing cash, and improper payroll and other payments during a time when Pamela S. Birmingham handled finances for the town of less than 500 in Wayne County in southeast Missouri.

“I’m proud that the forensic accounting done by my office’s auditors provided the key evidence in obtaining justice for the residents of Greenville,” Auditor Galloway said. “It’s also important to note our follow-up to the original audit showed city officials had made many of the changes we recommended in order to better protect taxpayer resources and restore public trust.

“Audits can, and do, get results. The sentence in this case and the actions by Greenville officials on our recommendations demonstrate that,” Auditor Galloway said.

The State Auditor’s Office worked with law enforcement and the Missouri Attorney General’s Office on the criminal investigation and prosecution.

The 2018 audit showed that nearly $70,000 collected for utility and municipal court payments were not deposited in city bank accounts from Jan. 1, 2014 through April 14, 2016, and only $2 in cash was deposited into city utility accounts during this period.

Additionally, $39,000 in checks issued from various city accounts and made payable to the City of Greenville were improperly cashed, endorsed or negotiated by the former clerk. The former clerk provided falsified records to the board to conceal almost $26,000 of the improper payments and make it appear some of the checks were appropriate. There were also frequent transfers between banks accounts in an effort to conceal account shortages.

Auditor’s identified approximately $44,000 in overpayments on checks issued to the former City Clerk and cash withdrawals made for the payment of wages that were inconsistent with timesheets and past city records and practices. The former clerk received an increased rate of pay without documented approval from the board of aldermen and received excess compensation when she appeared to have been out of state and not at work. Other improper payments to the former clerk included $3,000 in improper uniform allowances and $5,000 in reimbursement checks and cash withdrawals with no supporting documentation.

A criminal investigation revealed the former city clerk deposited many of the checks written to herself from the city, cash, and other unrelated checks into a personal bank account and spent $62,416 from this account on various personal items.

Concerns about the former clerk were first identified by the city in 2016 and resulted in action to terminate her employment. The Missouri State Highway Patrol investigated and turned over evidence to the Attorney General’s Office, which requested the forensic auditing expertise of the State Auditor’s Office. As a result, the city formally requested the audit in March 2018.

The report also detailed lack of oversight by the city, which allowed the fraudulent activity to take place and continue undetected. The report includes recommendations to improve oversight of accounting functions, documentation of financial transactions and record keeping processes.