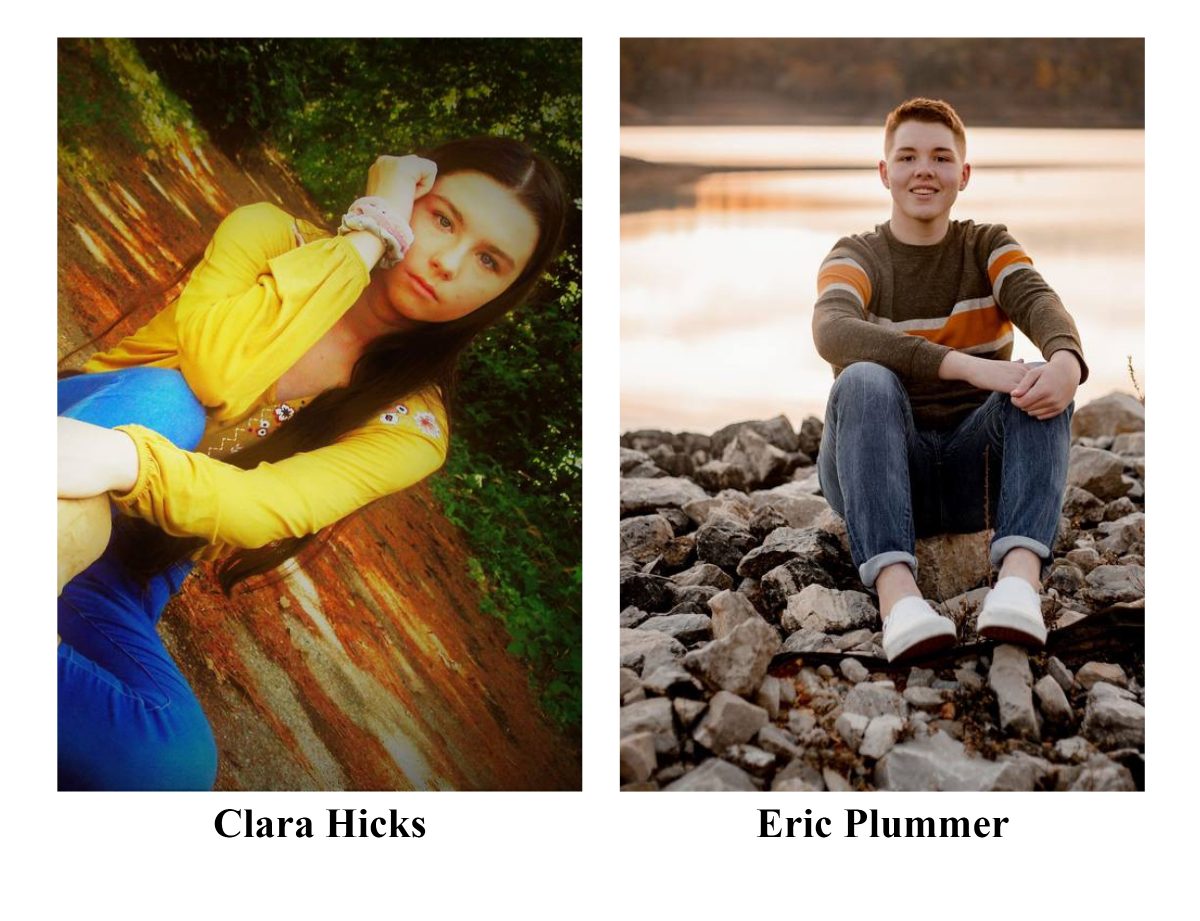 Clearwater High School is proud to announce that seniors Clara Hicks and Eric Plummer are May Students of the Month.
Clara Hicks
Clara is the daughter of Elizabeth and Garry Hicks.
In high school, Clara has been a member of FBLA all four years and served as parliamentarian her senior year. She has been a member of NHS from 10th-12th grades, Book Club all four years serving as secretary her senior year, choir all four years, and Science Club during her 9th and 10th grade years.
In her spare time, Clara likes to play video games, watch Netflix, and spend time with those she loves.
After high school, Clara plans to attend SEMO and get a degree in business administration.
Eric Plummer
Eric Plummer is the son of Tera Plummer.
In high school, Eric has been a member of Art Club, FBLA, Beta, and Science Club all four years. He is a member of NHS and has served as secretary. He was on the cheer team his sophomore year and cross country his freshman year.
In his spare time, he enjoys working out, running, cooking healthy foods, and spending time with his family.
His future plans are to attend TRC and become an RN and then later transfer to a 4 year university to obtain his BSN in nursing.