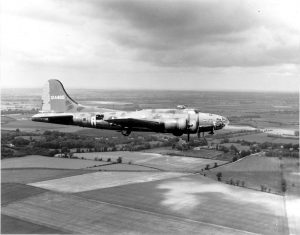 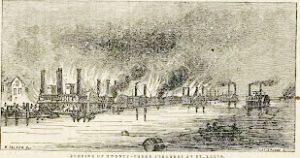 Pictured above is the “1849 St. Louis Fire” from page 279 of “Lloyd’s steamboat directory, and disasters on the western waters” published in 1856.

As a reminder of who we are, the Veterans of Foreign Wars of the United States (VFW) is an organization of U.S. war veterans.  All veterans who, as soldiers, sailors, marines, and airmen served the nation in wars, campaigns, and expeditions on foreign soil or in hostile waters are eligible to join.  Our mission is to speed rehabilitation of the nation’s disabled and needy veterans, assist veterans’ widows and orphans and the dependents of needy or disabled veterans, and promote Americanism. We do this by providing education in patriotism and by constructive service to the communities in which we live.  The VFW National Headquarters are located in Kansas City, MO.  One of the most respected and successful voices for veterans in America, in Washington DC and many state capitals we advocate for our nation’s veterans, service members and military families on an array of issues.  Also located in Washington is our national rehabilitation service, which serves disabled veterans of all wars, members and nonmembers alike, in matters of government compensation and pension claims, hospitalization, civil-service employment preference, and other issues. Locally, we help veterans of every generation in dealing with the VA.

VFW Auxiliary will meet at 1 P.M. on 21 May at the Donald L. Cook / Billy J. Swyres Memorial Veterans Center in Centerville. For more information, contact Denise Szafranski at (573) 300-5523 or deerae9@yahoo.com.

We are requesting the donation of veteran’s memorabilia from Desert Storm until the present for an exhibit at the Reynolds County Museum. If you wish to donate or lend materials, please contact Randy Tolliver or Dan Dement at (714) 566-4942.

We will have a veteran’s service workshop from 10 AM to 1 PM on 28 May at the Fellowship Baptist Church in Lesterville. The address is 471 Main St in Lesterville. Please bring your documentation including your discharge documents (DD-214).  For more information, please contact Scott Rosen.

We are having a number of activities in recognition of Memorial Day.  Between 23 and 25 May, we will be placing flags on veterans’ graves in Reynolds County Cemeteries.  On 28 May we will perform poppy distributions in Lesterville, Bunker, Centerville, and Ellington.  The Poppy is the VFW’s memorial flower and we have been conducting Memorial Day events since 1922. At noon on Memorial Day (Monday, 30 May), we will have a recognition event at the World War I Memorial at the Reynolds County Court House. For more information, please contact Jay Parks or Randy Tolliver.

We are planning a Flag Day Retirement ceremony for June.  If you have an American flag you need to retire please contact Jay Parks or Randy Tolliver.

79 years ago this week, the crew of a 324th Bomb Squadron, 91st Bomb Group, 8th Army Air Force B-17F Flying Fortress named “Memphis Belle” landed at RAF Bassingbourn in England after a completing their 25th combat mission.  This was an achievement because crews had averaged ten missions before being shot down. Commanded by Army Air Forces Captain Robert K Morgan, the Memphis Belle dropped 60 tons of bombs and her gunners shot down eight German fighters during her tour of duty. The story of the “Memphis Belle” inspired  two motion pictures: a 1944 documentary film, “Memphis Belle: A Story of a Flying Fortress”, and the 1990 film “Memphis Belle”.   After completing his tour with the “Memphis Belle”, Capt. Morgan flew another 26 missions against Japan in the B-29 Superfortress.  A fully restored Belle is at the National Museum of the Air Force, Wright-Patterson Air Force Base located in Dayton, Ohio.

172 years ago this week, was St. Louis’s great fire of 1849.  St. Louis at time had a population of about 63,000, was the last major city where western travelers could get supplies before switching to steamboats to travel up the Missouri River to Omaha, Nebraska or other trail-heads for the Oregon and California trails. During the evening of 17 May, the paddle wheel steamboat “White Cloud” caught fire and, when the moorings burned through, drifted down the Mississippi River setting steam boats, flatboats and barges on fire. The flames spread from the burning steamboats to buildings on the shore and the water front was soon burning. To save the business district, a fire-break was created by blowing up buildings. After 11 hours, the fire was finally contained by volunteer firemen, and citizens. A total of 430 buildings, 23 steamboats, and over a dozen other boats were destroyed. Three people died including fire Captain Thomas B. Targee, who was killed while blowing up Phillips Music store as part of the fire-break. For more information, I recommend James T. Lloyd’s “Steamboat Directory and Disaster on the Western Waters” (published in 1856 and reprinted in 2000), and “St. Louis Fire Department” by Frank C. Schaper and Betty Burnett.