Sadly, Norma and I must tell you that our brother Richard (“Dick”) passed away on July 18, 2022.   “Dick” was 78 years on this earth. His presence today is with the Lord.  Several years ago, Richard accepted Jesus as his Lord and Savior.  We had many discussions about many things over the years, including our eternal destiny.  The funny one that sticks in my mind was the time He told me, “I’m never going to be good enough…….but I know Jesus who is“….”And my train ticket is punched!”

Richard Luther Randolph was born on September 25, 1944 in our small family apartment on Oakland Avenue in St. Louis, Missouri.  Our Dad woke Norma and me early one morning and took us to the bedroom to “see our new brother”.  I was 4 and can only remember all that black hair around a little red face.  Mother named him after his two grandfathers, Richard Brewington and Luther Randolph.  The family moved to Brunot, Missouri but eventually moved to Foristell, Missouri in 1949 where we spent our growing years.

Richard was a 5 year Navy veteran, serving on board the USS Prairie as a diver.  Ironically, in the years of playing up and down Peruque Creek near our Foristell farm, “Dickie” was never interested in actually getting into the water.  We assumed that he had a fear of water but, as he revealed years later, he just “did not want to be told what to do”.  As a USN Diver, Richard served in the Pacific and saw duty in the Vietnam War and various ports of call.  He was decorated for his action during a 1965 salvage mission in the South China Sea.  A Navy destroyer, the USS Frank Knox, had run aground during a typhoon.  She was hopelessly astride a reef on the Prata Atoll and in danger of breaking up.  The USS Prairie, one of many vessels called to the scene, was the main platform for the coordinated mission.  Richard’s award citation states that he “made repeated dives into hazardous, flooded compartments of the damaged ship, applying experimental foam” (to enable the successful rescue of the destroyer).  The USS Frank Knox went on to serve as a front-line ship for many years including combat action of the Vietnam War.  To add a bit of interesting consideration:  The USS Frank Knox was launched on September 17, 1944, 5 days before Richard’s birth.  The Knox was successfully rescued from the Prata Reef on July 18, 1965, 57 years, to the day, before Richard’s passing.

Richard went on, after the Navy, to work as a commercial diver, a hydraulics test engineer, a journeyman welder, an over-the-road trucker and even an independent Shrimp Boat owner. His happiest years were with his dear wife of 37 years, Marcia, at their home in Hephzibah, Georgia.  He told me how satisfying it had been to have their daughter, Brooke, living next door on one side, a son, Travis next door on the other side, a daughter, Leigh Ann, son Richard Hayes, and many grandkids living nearby.  Dick finished well.  He is not gone but rescued and reassigned.  God keeps his John 3:16 promise:  (He) loved the world so much that whoever believes in Him will not perish but will have everlasting life. 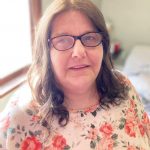 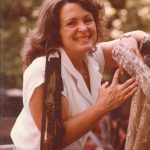