Our summer raffle is underway and our prizes this year are $250, $150, and $100 Visa Gift Cards. Look for our booths at various locations around the county until after the Reynolds County Fair.

VFW Auxiliary will meet at 1 P.M. on 20 August at the Donald L. Cook / Billy J. Swyres Memorial Veterans Center in Centerville. For more information, contact Denise Szafranski at (573) 300-5523 or deerae9@yahoo.com.

Our Veterans Service Officer (VSO) workshop in Ellington was a great success.  We extend our thanks to the 1st Baptist Church of Ellington for hosting the workshop.  We are planning to hold the next veterans workshop in Bunker during late September.

We still need your support to urge congress to include The Major Richard Star Act in the FY23 Nation Defense Authorization Act (NDAA). The situation is this, over 50,000 medically retired veterans do not receive their full retirement pay and disability compensation. The amount of their VA disability pay is deducted from their military retired pay even though they are different benefits, earned for different reasons.  The Major Richard Star Act would allow combat-disabled retirees with fewer than 20 years of service to receive without reduction, veterans’ disability compensation and retired pay or combat-related special compensation. We ask you to call and/or write: Senator Josh Hawley, 115 Russell Senate Office Building, Washington D.C. 20510/(202) 224-6154, Senator Roy Blunt, 260 Russell Senate Office Building Washington, D.C. 20510/(202) 224-5721, or  Congressman Jason Smith, 2418 Rayburn House Office Building Washington, DC 20515.

We also still need your support to urge the senate to pass the Honoring our Promise to Address Comprehensive Toxics (PACT) Act of 2022. The Senate passed by the bill on 16 June, however it was returned to House because of a procedural issue. The bill was passed and on 13 July, returned to the Senate.   Unfortunately, on 27 July the bill did not receive enough votes to end debate (through a cloture vote), further delaying passage of the bill. Please call Senators Hawley and Blount and urge them to ensure passage before the August recess.

A number of things of great historical significance happened during the 1st week in August.

80 years ago this week, the 1st Marine Division landed on the Japanese held islands of Guadalcanal and Tulagi in the Solomons.  The Marines and army units engaged the Japanese defenders for six months before securing Guadalcanal.  The recaptured islands were critical for the Allied island hopping campaign.

78 years ago this week a American force of 48,200, under the command of Lieutenant General Holland M. Smith, landed on the island of Guam and fought to reclaim the American territory lost nearly three years previous. The Japanese forces commanded by Lieutenant General Takeshi Takashina was approximately 19,000.  Japanese defense collapsed after the 2–4 August engagement with the main Japanese line of defense around Mount Barrigada. The remaining Japanese stronghold, Mount Santa Rosa was taken on 8 August and on 10 August, Guam was declared secure. American causalities were 7,793 killed and wounded while Japanese losses were approximately 18,337 killed and 1,250 captured.  For more information, I recommend Harry Gailey’s 1988 “The Liberation of Guam 21 July – 10 August.”

58 years ago this week, three North Vietnamese torpedo boats attacked the U. S. Navy destroyer USS Maddox (DD-731) in the Gulf of Tonkin.  Less than 48 hours after the attack on the USS Maddox, the destroyer USS Turner Joy (DD-951) detected (by radar) small watercraft approaching the destroyer. The Maddox and Turner Joy, supported by aircraft from USS Ticonderoga (CV-14), fired on the targets and aircraft from the carriers Ticonderoga and Constellation (CV-64) later attacked patrol boat bases and oil storage facilities located on the north central Vietnamese coast. Within days, Congress would pass the Gulf of Tonkin Resolution, leading to full-scale conflict in Vietnam.

32 years ago this week, Iraq invaded Kuwait.  Iraq’s refusal to withdraw from Kuwait by the deadline mandated by the United Nations in Security Council Resolution 660, resulted in DESERT STORM, the direct military intervention by a United Nations-authorized coalition of forces led by the United States. These events came to be known as the first Gulf War, eventually resulting in the forced expulsion of Iraqi troops from Kuwait.

Our annual education related awards programs, Teacher of the Year, Patriot’s Pen, and Voice of Democracy are underway.  This year’s Patriot’s Pen youth theme is “My Pledge to Our Veterans”.  The Voice of Democracy audio-essay theme is “Why is the Veteran Important?” Children who are home schooled are also welcome to participate.  For more information, please contact Dr. Charles Laramore at (573) 637-2112, Jay Parks or Randy Tolliver.

We are assembling a Desert Storm – Afghanistan exhibit at the Reynolds County Museum. If you wish to donate or lend materials, please contact Randy Tolliver. 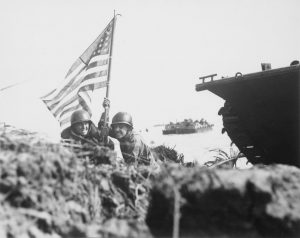 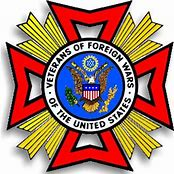