About every 5 or 6 weeks in the Army, I would have to check into a military hospital and have my “Film Badges” replaced with new ones. The doctors would tape these with surgical tape so they would stay. One to my back and one to my chest. I slept with these things, I ate with them on, and I showered with them on. They were essential in determining the degree of exposure to radiation. I had a “Top Secret” clearance and worked with this material constantly.

I can’t even visualize this “Toddler” President having the entire files on what we were doing in his basement. He had all the information on where all the silos are, and how many were aimed at Russia. Most of it he wouldn’t understand anyhow. But our enemies would, especially the Russians. I’m sure that he was going through them wondering how much they are worth on the market in Moscow; why else would he want them?

Nuclear winter is created after a nuclear war, when the light from the sun is cut off by clouds of dust and smoke for a nuclear holocaust. It would bring us freezing temperatures and complete devastation. Most life would be gone. Do most Americans really want to leave that in the hands of a 300 pound child President who doesn’t even read? He could sell this stuff in Moscow for ten billion tomorrow. I’m grateful the Russian agents floating around in the United States didn’t know that it was just laying around on tables at this magical kingdom called “Mar-a-Lago”. 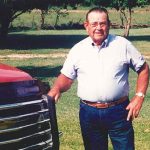