Greetings Friends of the 144th!

This week I heard a gentleman say, “We’re twenty years behind everywhere else and we like it that way.”  Reminds me of the song “I’m from the Country” and I like it that way. The city folks may not understand our way of life, but on the other hand we can’t understand theirs. My district now has 7 counties and I don’t believe we have one HOA in it. Can you imagine living in a subdivision where you can only paint your house one of the colors that the HOA approves? Or that you cannot park a trailer in your driveway overnight?  Can you imagine having to get a permit to install a new dishwasher?

Back up in the country, back in the hills, down in the hollows where the folks are real. We know who our neighbors are, our school teachers, pastors, cashiers at the grocery store. Can you imagine not knowing your next door neighbor? We don’t worry about drive by shootings or our kids at the bus stop. When there is a need in our communities we all join together to help one another out, whether it’s a pie auction, items for someone who lost their home in a fire, charity golf tournaments or fish fry’s. We do what we can and that is just a few of the reasons why I’m from the country and I like it that way.

Members of the House and the Senate returned to Jefferson City this week for our annual veto session. As required by the Missouri Constitution, the legislature meets each year in September to consider bills that were vetoed by the governor.

Veto session provides legislators with the opportunity to override the governor’s vetoes and put a bill into effect as law despite the governor’s objections. A successful override requires the support of a two-thirds majority in each chamber. A very difficult vote to get.

In the history of the state, the legislature has successfully overridden 119 vetoes. Of those overrides, 49 have been on budget line-items and 70 have been on non-appropriations bills. Prior to the administration of Gov. Jay Nixon, veto overrides had been extremely rare with the legislature completing a total of only 22 overrides in its history. During Nixon’s eight years in office from 2009 – 2017, the number of veto overrides increased dramatically as the Missouri General Assembly overrode 97 of his vetoes.

For the 2022 veto session, members of the House and Senate had three vetoed House Bills and one vetoed Senate Bill to consider, as well as line-item vetoes in eight appropriations bills. House and Senate members chose not to attempt any veto overrides on the first day of veto session, but are scheduled to continue the session next week when they would still have the opportunity to consider override motions. Under the Missouri Constitution, the veto session cannot exceed ten calendar days in length.

While legislators were in Jefferson City for the regularly-scheduled veto session, they also convened a special session called by Gov. Mike Parson.  Parson has asked legislators to consider legislation that would make historic income tax cuts and extend key agriculture tax credit programs. During a special session, only bills that deal with the call can be taken up.

After the conclusion of the 2022 regular session, Parson vetoed both a tax relief measure and a bill to renew key programs that support and promote Missouri agriculture. In vetoing the bills, Parson said he preferred permanent tax relief and longer extensions for the agriculture tax credit programs. On August 22, he issued the official call for a special session to address both issues.

While Parson originally called for the special session to begin September 6, leadership from both chambers delayed the start while they worked to find common ground on the issues outlined by the governor.

The governor’s proposed tax plan would reduce the individual income tax rate, increase the standard deduction, and further simplify the tax code. His plan also includes the extension and creation of several agriculture tax credit programs intended to help develop key areas of Missouri’s agricultural industry. The sunset for each program would be for a minimum of six years.

We will meet next week to hold public hearings and discuss legislation that will provide substantive tax relief and support Missouri agriculture. I serve on the Agriculture committee where the bill will begin the first phase of the process.

As always, please do not hesitate to reach out with any questions, concerns, or suggestions you might have. As your Representative, I am here to assist you however I can. I can be reached by email at Chris.Dinkins@house.mo.gov or by phone at 573-751-2112. Please do not contact me via social media. These messages are easy to overlook and may not be responded to in a timely manner. 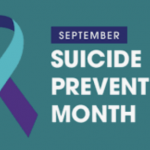