I am writing this letter as a response to the letter written to the editor by Mr. Daniel Leary published in the October 12, 2022 issue of the Wayne County Journal Banner. In this letter, the author admonishes the reader to take seriously this matter of Global Warming by pledging to vote for representatives who “make the climate their paramount legislative priority.”

Why? Why is making climate change a legislative priority above the economy, above crime, above inflation… and the list goes on? It is because the author believes that man, and man alone has caused this problem and that man alone can fix it. He says that the situation is “dire and we made it more so.” He declares that “humans have the resources to prevent continued warming – and a responsibility to do so – if we have the will.” It is not logical to think that mere, mortal man can have such control over that which God has created and continues to maintain.

Nowhere in this article do I see the name of God, nor even an oblique reference to Him. Nor do I see any biblical reference to the Almighty and His involvement in the planet and His creation of it.

Hebrews 11:3 declares “that the worlds were framed by the word of God, so that things which are seen were not made of things which do appear.”

The Bible, given to us by the inspiration of the Holy Spirit of God, teaches us in Colossians 1:16 “For by him were all things created, that are in heaven, and that are in earth, visible and invisible, whether they be thrones, or powers: all were created by him, and for him: and he is before all things, and by him all things consist.” The word “consist” refers to one’s ability to maintain something in continuous stability and productiveness. Therefore the Creator is also the Sustainer, not man!

Yes, man is to be a good steward of that which God has given to him. God, however, has given to man the resources he needs to function on the planet that the Lord has placed him. Implementing the Green agenda is not a wise use of the resources given to us. what is needed is to once again recognize the fact that God has raised up this great nation by His power and direction, and Who our founding fathers often referred to for guidance and oversight. Our founding fathers recognized that man is powerless to govern that affairs of state without God’s help.

We need to once again call upon the Lord to help us. We need to trust Him for His guidance and leadership and realize that we, as mere human beings, are powerless to accomplish that which is God’s domain. We need to proclaim, as the psalmist did when he wrote Psalm 139:14, “…praise thee, for I am fearfully and wonderfully made: marvelous are thy works; and that my soul knoweth right well.” 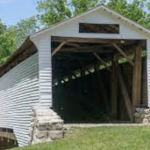