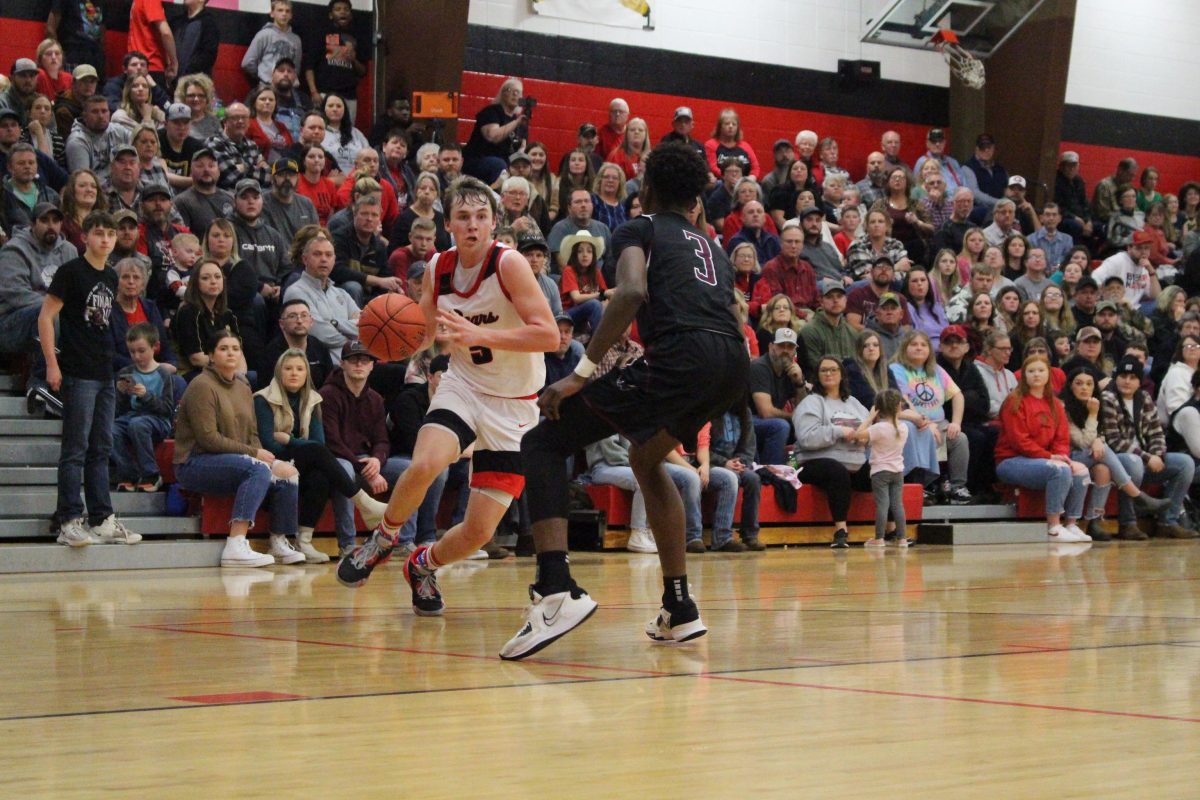 Greenville’s Easton Evans, a junior, heads to the basket to score another two points.

The Greenville Bears had three players score in double figures as they defeated defending Class 1 state champion South Iron 62-50 Friday night.
Greenville went up 20-13 after the first quarter and the South Iron Panthers had trouble finding an answer for this penetrating Greenville offense. South Iron battled back in the second quarter though with a 15-11 effort, but they still found themselves trailing 31-28 at the half. Something they have not been accustomed to the past few years.
The Bears were pumped up after the break though, and extended their lead with an 18-15 third quarter. The Panthers just didn’t have an answer to stop the Greenville attack in this one, and a 13-7 fourth quarter in favor of the Bears squashed any hope of a comeback. When the final buzzer sounded, Greenville handed the Panthers their second loss of the season
Easton Evans (14 points) led the Bears (14-1), while Trey Porter (13) and Talan McDaniel (11) joined him in double figures.
Carter Irions had a big first quarter scoring seven points to spark Greenville.
For South Iron, Martez Burse led the way again with 19 points, but missed the mark more often than not from downtown, going just 1-for-8 from beyond the arc. He led South Iron in rebounds (eight) and steals (four) as well. Sawyer Huff was the only other player in double figures with his 13 points. He had seven boards, but also led the team with six turnovers.
Greenville’s JV team was also victorious during Homecoming action. 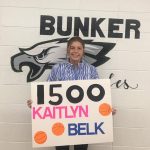 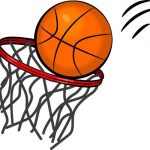 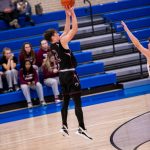