The East Wayne County, Missouri Chamber of Commerce held its first membership and public meeting of the year on Tuesday, January 10 at the Historic Greenville Museum and Community Center. The meeting was well attended with chamber members and several guests.
The meeting was presided over by Chamber President Jason Hill of Greenville. The guest speaker for the meeting was Rick Clubb, the Superintendent of Greenville RII Schools. Clubb addressed the chamber on upcoming building projects within the school district. The district has received around six-million dollars of coronavirus relief funds. The deadline for the funds to be earmarked will be September 24, 2023. With the deadline fast approaching, Clubb and the Greenville RII School board are presently securing several new projects.
The first project will be the erection of a new administration building. The district will be asking for bids on the project in February, with the hopes of groundbreaking in Spring of 2023. The building will be located directly across Bob’s Branch from the present Elementary and High Schools. The district has owned the property since 1980 when construction on the present High School building was initiated.
When asked about the fate of the present Esther Frazier Administration building on Walnut Street, Clubb indicated “It will likely be placed in the hands of a realtor, but nothing is certain yet”.
The Esther Frazier Administration building is one of the most historic buildings in Greenville. It was originally constructed in Old Greenville and was the residence of the late Judge and Mrs. A.G. Templeton. After the construction of Wappapello Dam the building was moved to its present location and became the residence of Angie Clark. It has been in the ownership of the Greenville RII School district for over forty years.
In addition to the administration building, another project the district is looking into is the construction of a track facility. The track program at Greenville is the largest participated sport within the district, with over fifty students taking part. The program is now eight years old, and the district feels it is time to invest in the appropriate facilities to accommodate the sport.
Other areas of improvement have been repairs to the present High School building. Few realize that the present high school facility is now forty-two years old. It has served the community eight years longer than the old high school building that burned in November 1978. It is evident that repairs and modifications to the campus are necessary. In recent months central air and heat have been made available campus wide, with the old boiler retired. A new gymnasium floor has been laid in the Junior High facility. The new floor is adequate to now host basketball games, making it now feasible to hold multiple events, games and now host tournaments.
Clubb concluded his program by asking for questions from the floor. The chamber body thoroughly enjoyed the informative program.
In other chamber business it was announced that the Chamber Officers and Directors are establishing a scholarship at the Greenville High School. The funding will be a single one-thousand-dollar award beginning with the class of 2023. Chamber officials are presently getting the necessary documents together for the high school guidance counselor.
The chamber board also informed the body they are presently working on plans to possibly construct a stage in the Greenville City Park. Within the coming months the board will approach the City of Greenville with their ideas and blueprints, in hopes the project could be completed by the 4th of July festivities in 2023.
Updates on membership growth and recent charitable donations were also presented to the chamber membership. In recent months the Chamber of Commerce has directed donations to the Lowndes Volunteer Fire Department, the Cascade Volunteer Fire Department and the community winter food drive hosted by the Greenville Chapter #337 O.E.S. The chamber also recently hosted a very successful Christmas Parade and Festival.
At the conclusion of the meeting the membership enjoyed refreshments provided by the Greenville High School FCCLA Club. The next public meeting will be held on April 11, 2023, at the Historic Greenville Museum and Community Center. To join the East Wayne County, Missouri Chamber of Commerce you may request an application at eastwaynecomochamber@gmail.com or contact Jason Hill (573) 778-5558, David Bollinger (573) 300-9073 or Amber Sturgeon (573) 300-0704. 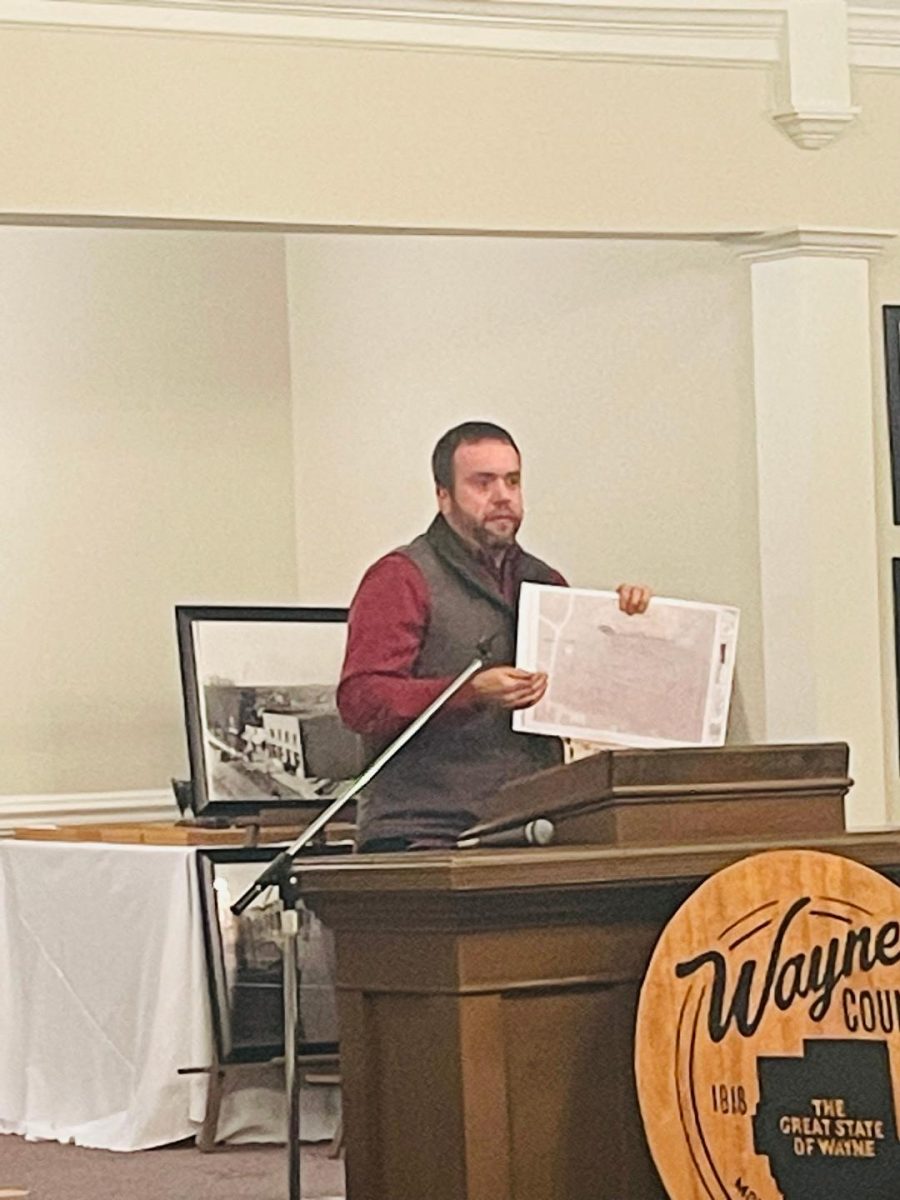